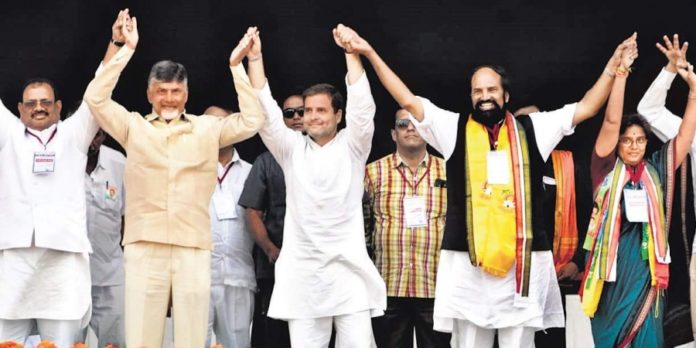 The letter that has the signatures from the President of TJS, TDP- Telangana, INC- Telangana and the state secretary of CPI reads “The alliance, after winning the elections, is going to form the Government collectively and continue to work as alliance partners”.

The Telangana went to polls on December 7, that witness over 65 percent voting till 5 pm, though figures were expected to rise as heavy queues were reported in many polling Booths.

Telangana in its first ever assembly election is facing a stiff competition. K Chandrashekhar Rao led Telangana Jana Samithi who stormed to power in 2014 is facing electoral resistance with the Congress-led alliance. Congress had stitched an alliance with TDP, TJS, and CPI.

BJP, just like TRS is going all alone in 119 assembly seat state.