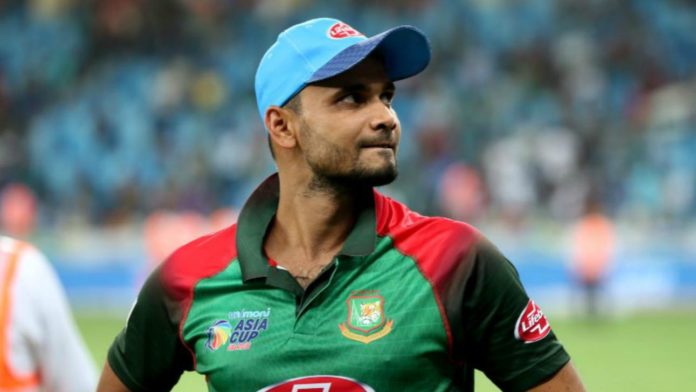 London, May 29 (IANS) Bangladesh captain Mashrafe Mortaza is expected to play his side’s World Cup opener against South Africa on Sunday despite picking up a hamstring strain during the practice match against India.

“A lot of times in such cases, I face trouble bowling the first one or two overs. Once I get through that, I don’t face any more problems. I also wasn’t facing any problem today (on Tuesday),” Mashrafe told the Dhaka based bdnews24 as quoted by ESPNCricinfo.

“But I pulled a hamstring during the sixth over. I could have stopped after four or five overs but Rohit and Kohli were looking to score runs quickly during that period. I felt that I needed to practice bowling in such a situation.”

Mashrafe finished with economical figures of 0 for 23 in six overs but could not deliver in full flow because of the injury.

Mashrafe did not field for the most part of India’s innings and also did not come out to bat as Bangladesh fell 95 runs short of India’s 359/7.

Besides, Mashrafe, Shakib is also not fully fit, the skipper said after the game as the star all-rounder recently recovered from a side strain, while Mustafizur Rahman is nursing a calf injury.

Tamim Iqbal didn’t play against India due to a minor thigh strain he suffered in training a couple of days ago. He is also expected to be fit for the South Africa game.