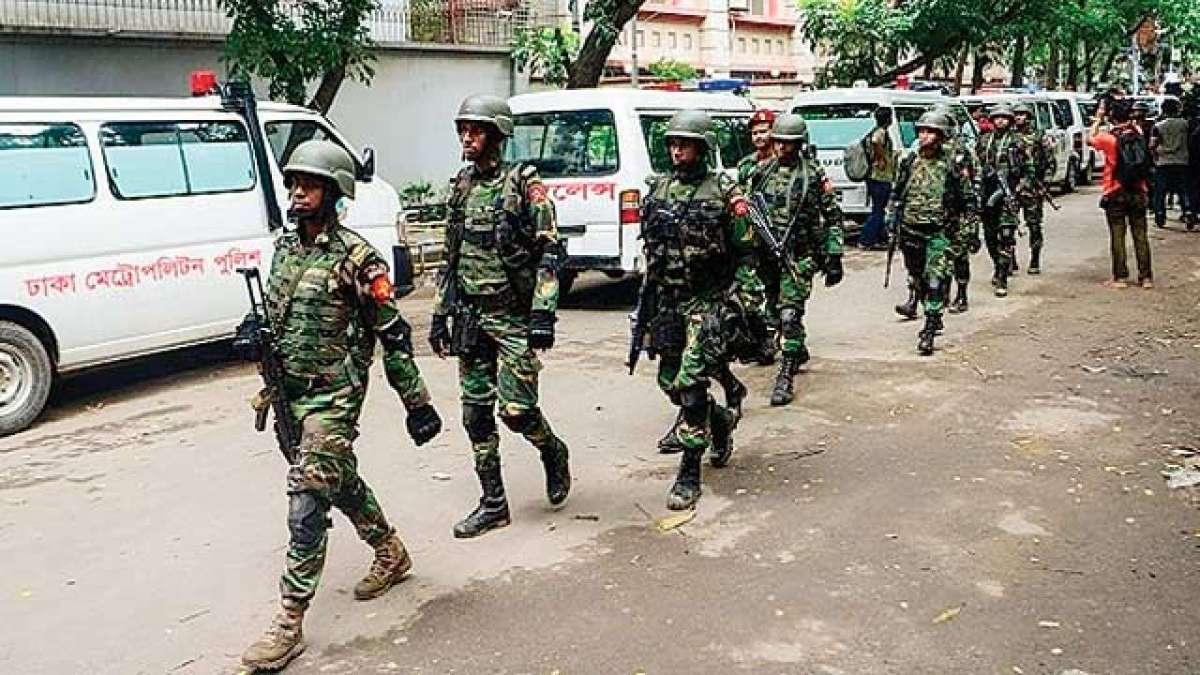 Bangladesh has deployed around 600,000 security personals, including police, army and other forces, ahead of Sunday’s vote amid violence during a general election that has led death of 13 people and thousands wounded between the supporters of Sheikh Hasina’s Awami League and opposition Bangladesh Nationalist Party (BPN).

Around 40,000 of election booths are being secured and protected with elite rapid action battalion, coast guards, auxiliary police unit and navy.

On Thursday, Awami League president and Bangladesh PM Hasina said: “You’ve to guard every polling center so that they (the BNP-Jamaat alliance) can’t conduct terrorist activities because they haven’t changed their character… They believe in militancy and terrorism.”

According to news reports, Rafiqul Islam of the election commission said: “We have ensured the highest level of security in Bangladesh as per the capacity of the country.”

He further said: “We hope there will be a peaceful atmosphere.”

The BNP, which has boycotted the 2014 election, said its supporters were deliberately targeted in a bid to discourage them from the voting and equip the election in Hasina’s favour.

The opposition said around 14,000 of its activists have been detained since the polls were scheduled on November 8, and also alleged around 12,000 of them were injured in an attack by the ruling party supporters.

According to news reports, just few hours before the election campaigning in Bangladesh, the 3G and 4G network services were weakened down, in fact shut down over the mobile phones across the country, as a part of what security measures were enhanced in the country.

Late Thursday, BTRC (Bangladesh Telecommunication Regulatory Commission) has asked all the mobile network operators to block all their 3G and 4G network services across Bangladesh. It said only 2G service will remain active. Further, the orders will remain on top in Bangladesh until next instructions are provided.