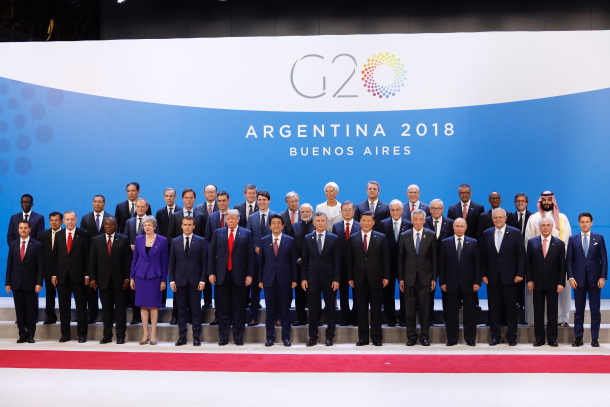 Tokyo, June 15 (IANS) G20 energy and environment ministers gathered in Japan on Saturday for talks likely to focus on energy security concerns following the attacks on two oil tankers in the Gulf of Oman, as well as environmental issues.

“The situation over energy and climate change issues among G-20 members vary and it is not easy to unite one message concerning those issues,” Japanese Industry Minister Hiroshige Seko said in his opening remarks.

The US and Iran have been cranking up the rhetoric over the attacks on the two tankers, one of which was operated by a Tokyo-based company, near the strategically important sea lane.

For Japan, the stability of the Middle East is of vital importance as the resource-poor country is dependent on the region for most of its oil supply.

The attacks took place when Japanese Prime Minister Shinzo Abe was visiting Tehran in a bid to ease the growing tension between Iran and the US.

Also on the agenda of Saturday’s meet was ways to utilize clean energy sources such as hydrogen, as well as efforts to reduce plastic waste in the ocean.

About 300 million tonnes of plastic waste is produced every year, of which 8 million tonnes end up in the world’s oceans, according to the UN Environment Programme.