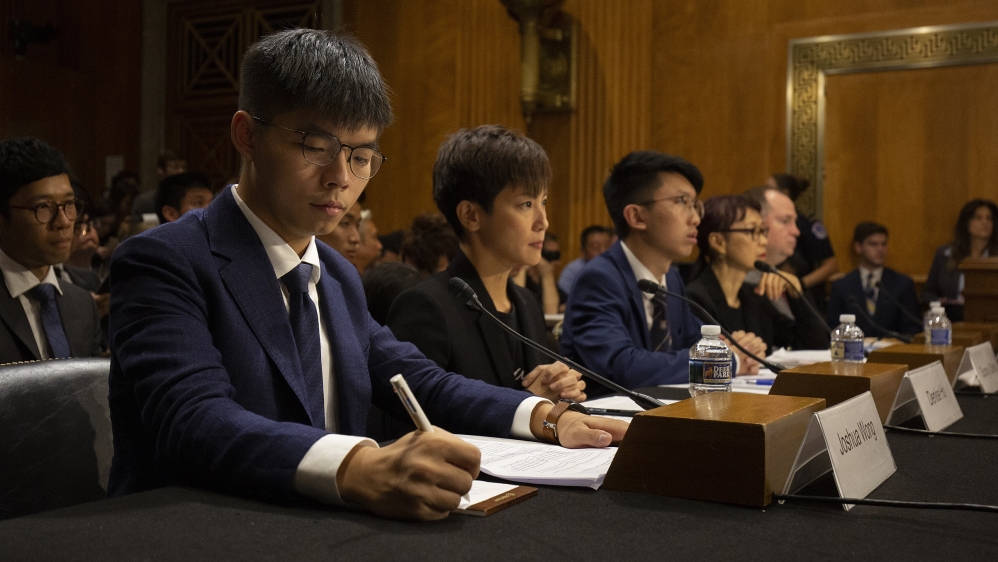 In an appearance expected to infuriate China, the activists, who always stood at forefront of mass protests in Hong Kong, testified before a Congressional panel in support of US bill aimed at securing Hong Kong civilian’s civil rights.

“This is not a plea for so-called foreign interference. This is a plea for democracy,” singer and activist Denise Ho told a hearing of the Congressional-Executive Commission on China on Tuesday.

Leaders also urged members of the panel – consists of US senators and members of House of Representatives from both political parties, to take stern action even if it might cause disturbance to Hong Kong economy.

“Beijing should not have it both ways, reaping all the economic benefits of Hong Kong’s standing in the world while eradicating our sociopolitical identity” said Joshua Wong, secretary-general of Hong Kong’s Demosisto party and leader of the “Umbrella Movement.”

He warned China’s President Xi Jinping may take “harsh” decision ahead of October 1 commemoration to mark the 70th anniversary of the People’s Republic of China. “Sending in the tanks remains irrational, though not impossible,” Wong said.

Moreover, in a positive note, US Congress lawmakers present at the hearing also backed for a look onto Hong Kong special trade status.

“The United States and other nations have options precisely because Beijing benefits from Hong Kong’s special status — a special status which has made Hong Kong an international financial centre built on the promises that China made to the world with regards to Hong Kong, which they seek to break.” said Senator Marco Rubio, the Republican co-chairman of the commission.

Hong Kong leader Carrie Lam on Tuesday said her administration would hold a public dialogue session aimed at easing political turmoil and tensions in the city next week, and reiterated calls for an end to the months-long violence that has ramped the territory since June.

Hong Kong’s metro stations and businesses have on Monday firmly resumed working after a chaotic rally on Sunday when the city’s police fired tear gas, rubber bullets and water cannon at dissenters who attempted block paths and spilling petrol bombs near authority’s headquarters.