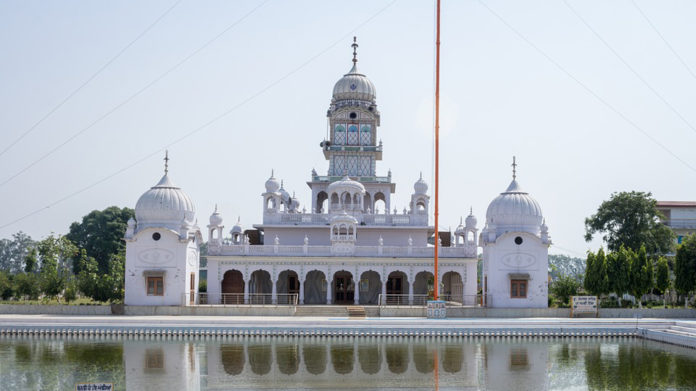 India lodged “strong protest” with Pakistan government on Friday, after the two officials of India in Islamabad’s consular officials were “harassed” and “denied” entering Gurudwara Nankana Sahid and Gurudwara Sacha Sauda on November 21 and 22, despite being granted permission by Pakistan’s ministry of foreign affairs to Sikh pilgrims.

The Ministry of external affairs said, “India lodges strong protest with Pakistan government that despite being granted prior travel permission by Pakistan’s MFA (ministry of foreign affairs), high commission of India in Islamabad’s consular officials were harassed and denied access on 21 and 22 November at Gurudwara Nankana Sahib and Gurudwara Sacha Sauda to Indian pilgrims.”

The two official were Aranjeet Singh and Sunil Kumar, who were denied access to Gurudwaras, with a saying that allowing the screening of the film “Nanak Shah Fakir”, the Indian government has hurt the sentiment of Sikhs. Both the Gurudwaras are considered in the Punjab territory of Pakistan.

Ministry said, “As a result of such harassment they were compelled to return to Islamabad without performing their diplomatic and consular duties vis-a-vis Indian pilgrims.”

The ministry further stated: “We have also expressed grave concern at reports of attempts being made during the ongoing visit of Indian pilgrims to Pakistan to incite communal disharmony and intolerance and promote secessionist tendencies with the objective of undermining India’s sovereignty and territorial integrity.”