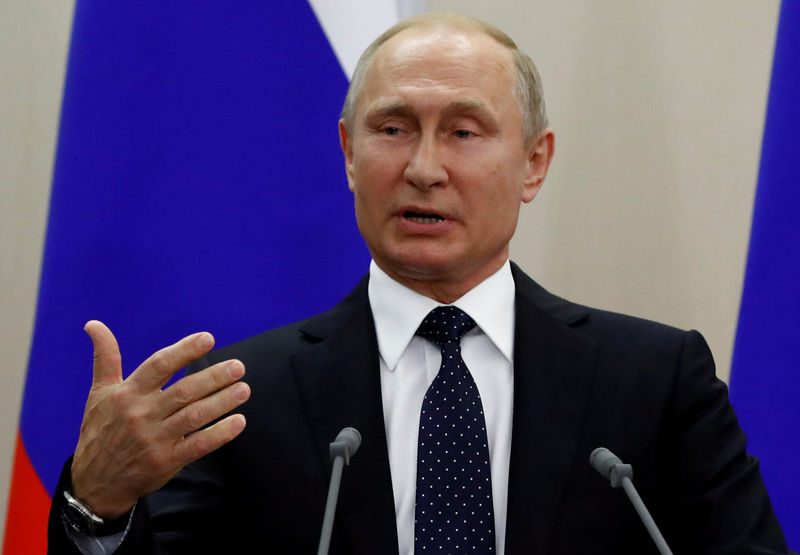 St Petersburg, June 7: Russia’s President Vladimir Putin has said on Thursday his nation has planned nothing regarding sending Russian troops or construct a military base in Venezuela.

In St Petersburg, Putin was quoted by Anadolu News Agency as telling the international news agency’s head, “Russian military experts in Venezuela are in line with the contract which was signed earlier.”

According to ANI news reports, the development has come days after United States President Donald Trump, in a tweet, said Moscow “removed most of their people” from the Latin American country. Russia, however, has dismissed all claims leveled against it.

Since the political turmoil erupted in Venezuela, it may be underlined Russia has supported embattled Venezuelan President Nicolas Maduro and its regime. Moscow has been firm backing Maduro in spite of the fact the embattled president’s government was strongly opposed by more than some 50 nations, including the United Kingdom, Canada, and the US.

Meanwhile, the Russian president underlined all stakeholders need to summon in order to resolve the Venezuelan crisis.

Putin said, “Even the US allies do not support military intervention in Venezuela. Interference in internal affairs of other countries may cause serious and sometimes tragic results.”

Venezuelan vice president Tareck El Aissami has on Thursday said the US uses aggressive policies and sanctions against nations across the world to impose its dominance in the international sphere, according to Sputnik news reports.

Venezuela has come under a list of those nations who were hit by the US sanctions in 2019, after the eruption of a political crisis in the region in January.

Washington has announced on Tuesday a major travel restriction on American citizens traveling to Cuba, in a bid to ratchet up pressure on Cuba over its support to Maduro.

Chinese President Xi Jinping has expressed willingness on Wednesday, saying Beijing will cooperate with the international community in order to play a “positive and constructive role” on Venezuela’s issues to get back economic-hit nation back to normal development as soon as possible.
Colombia’s foreign minister Carlos Holmes Trujillo has on Wednesday said the nation does not back any military intervention in Venezuelan internal affairs. The foreign minister’s statement came when asked if the nation was keen to provide its territories to the United States to initiate a military operation in Venezuela, if Washington decides.
Also read: