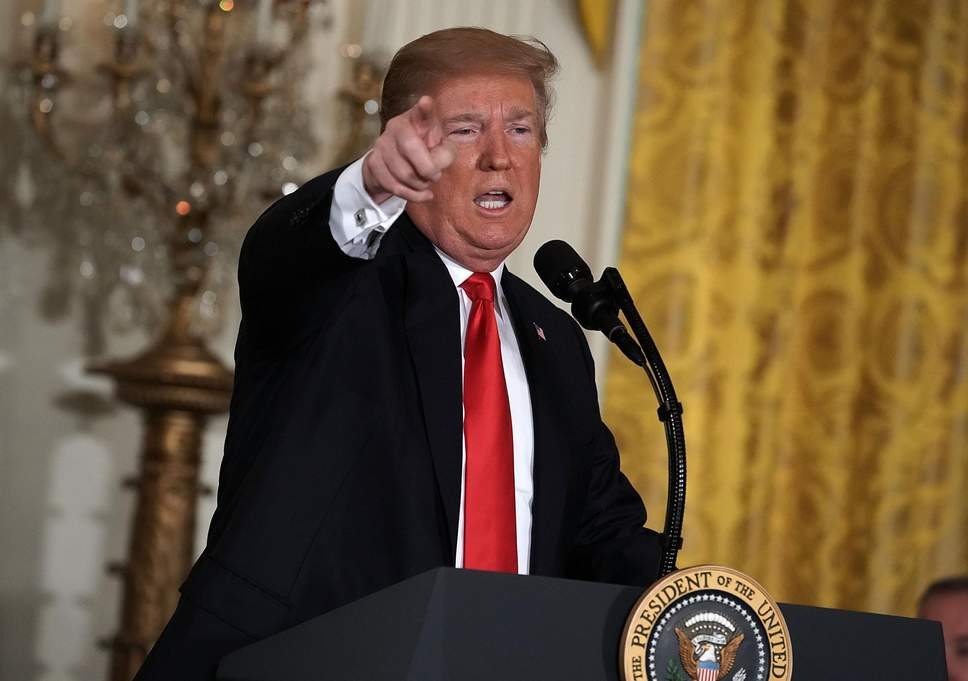 Washington DC, Oct 8: United States President Donald Trump has on Monday threatened to destroy Turkey’s economy if its offensive operation goes “off limits” post his surprise decision of US troops’ withdrawal from northeast Syria – what Republican allies have condemned.

In a series of tweets, Trump angerly defended his action that could launch ways for Ankara to launch an offensive operation on US-backed Kurdish militants across the border.

America has about 1,000 personnel stationed across Syria and some two dozen had been withdrawn from the border region, as per a senior US state department official.

Kurdish-led Syrian Democratic Forces (SDF) has described the US troops pullout as a “stab in the back” with critics saying the move could facilitate an Islamic State (IS) resurgence and leave the Kurdish fighters at risk of being attacked by the Turkish forces.

In a tweeter post on Monday, the Turkish defence ministry reported they had completed all the preparations for launching its offensive operation in Syria. The ministry noted the establishment of the US proposed “safe-zone” in northeast Syria remains essential to contribute to the “stability and peace of our region”, as well as, for Syrians.

But, Trump cautioned Ankara not to take benefit of his offensive decision, saying he could “destroy and obliterate” Turkey’s economy.

….the captured ISIS fighters and families. The U.S. has done far more than anyone could have ever expected, including the capture of 100% of the ISIS Caliphate. It is time now for others in the region, some of great wealth, to protect their own territory. THE USA IS GREAT!

In an official statement, Pentagon spokesperson Jonathan Hoffman stated the defence department made clear to Turkey – as did the US president, that “we do not endorse a Turkish operation in Northern Syria”.

Earlier, Trump has said it was time “to get out of these ridiculous Endless Wars, many of them tribal” and that “Turkey, Europe, Syria, Iran, Iraq, Russia and the Kurds will now have to figure the situation out”.