Finally, it is coming to India! Suzuki has confirmed that the 2021 Hayabusa will be arriving in India this month. The bike manufacturer, on their official Twitter handle, confirmed this news today. The updated version of this super sportbike was revealed globally in February.

Meanwhile, just for the information, it is the third generation Hayabusa that is now available for sale. One can expect multiple changes on the upcoming superbike. However, to witness them, there is still some time left. Want to learn more about the 2021 Hayabusa? Here are the important details only for you.

Hayabusa is one of the most popular bikes in India, without a doubt. But it is the third-generation Hayabusa that is about to launch. So coming to that. The bike looks absolutely modern, packs several features while retaining that iconic look. However, it is not as powerful as the outgoing counterpart.

To begin with, the engine that now powers the 2021 Hayabusa is a 1340cc four-cylinder unit. In terms of displacement, the all-new bike might look similar to the older one. However, the reworked engine now produces 190HP with a peak torque of 150Nm. To be precise, the new power figure is 7HP less when compared to the old Hayabusa.

In terms of design, the 2021 Suzuki Hayabusa stick to its roots. But there are some cosmetic updates that make it look more aggressive. Also, the third generation superbike now features an all-LED lighting setup and a multi-information display as well.

With a 20-litre massive fuel tank, the bike now weighs 264 kgs. Not to forget, also the chassis along with the new subframe has been revised. Further, the last recorded price of Suzuki Hayabusa in India was Rs.13.75 Lakhs (ex-showroom, pan India). But with the updates and increased input costs the upcoming bike is expected to get costlier.

In India, the 2021 Suzuki Hayabusa will go head-on against the likes of BMW S 1000 RR, Ducati Panigale V4 and Kawasaki ZX-10R. However, it is the Kawasaki ZX-10R that was launched recently. Therefore, just take a look at the all-new supersport bike.

Kawasaki has recently introduced the 2021 Kawasaki ZX-10R in India. The all-new supersport bike looks absolutely stunning with a lot of power and punch. Check out all the important details about the all-new ZX-10R below. 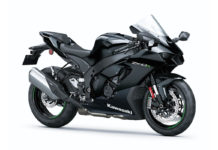 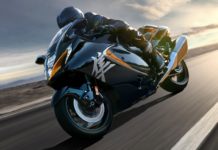 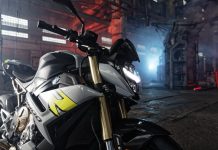