Initially, Land Rover SUVs were never about luxury. However, with time, they have evolved a lot. And now, the British carmaker offers a balanced amount of luxury with performance and off-road capability to cope up with the modern world.

Just for the information, Land Rover Special Vehicle Operations has revealed two new models including the SVAutobiography and SVAutobiography Dynamic. Well, according to the carmaker, both the editions will showcase SV Bespoke’s personalisation capability to its fullest extent. However, are these customisations worth it? Heading straight to answer that.

To start with, the all-new Range Rover SVAutobiography Ultimate comes with a special Orchard Green paint scheme. Further, it comes with a Narvik Black roof alongside copper detailings that looks absolutely premium on both SUVs. Attention to detail is a must for the carmaker. And therefore, car enthusiast will also be able to witness a new set of 22-inch alloy wheels.

Inside the cabin, both the SUVs gets Vintage Tan leather upholstery. Also, for finishing the carmaker has used an ample amount of carbonfibre. Not to forget, at the centre of the dashboard, there is a timepiece that is exclusively curated for the SUVs by Zenith.

The special edition SUVs are available with two different powertrains. Firstly, there is a supercharged V8 petrol engine that produces 565PS of power available on the SVAutobioraphy Dynamic which is obviously a driver’s delight. However, the other one is available with a similar powertrain alongside a plug-in hybrid technology.

Globally, Range Rover SVAutobioraphy will compete against all the prime luxury SUVs. The list includes Rolls Royce Cullinan, Bentley Bentayga, Audi RS Q8, Lamborghini Urus and Mercedes G63 AMG among others. Here take a look at some of them.

Bentley is another name for luxury. However, the Bentayga is not at all just about luxury. Instead, it is a perfect blend of performance alongside luxury. Powering the all-new Bentayga is a 4.0-litre twin-turbocharged V8 engine that produces 542BHP of power.

In terms of ruggedness, Mercedes G63 AMG is the most dominating SUV in the entire segment. It comes with a 4.0-litre bi-turbo V8 engine that is capable of producing a massive 576BHP of power. 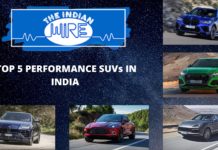 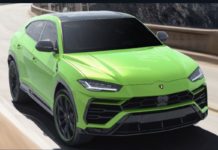 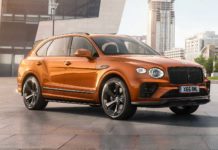