Over the last several years, Android Auto has been let into an increasing number of vehicles from various manufacturers.

Toyota has been against Android Auto, keeping the thought in mind over not letting 3rd party install their infotainment system. A recent report stated by Bloomberg, Toyota has come to an agreement with Google, and this might soon change.

Toyota has reportedly agreed to bring Android Auto to its vehicles https://t.co/OmR2hJ6TMV

When Android Auto was introduced to the market, the automobile manufacture were unaware of the amount of detail Google would ask, both the vehicle & the owners. This was the reason that Toyota claimed not to install any third party software onto its infotainment systems.

Now Toyota is ready to roll out with Android Auto

Back in January of this year, Toyota agreed to allow Apple’s CarPlay into some of its car models which included Avalon, Corolla Hatchback, and RAV4 with more to come in the future.

Toyota is one of a handful of automakers that only supports Apple CarPlay for now.https://t.co/dbe3wTiXwQ

Since that point, a company representative has stated, “that there has been demand for Android Auto, but wouldn’t comment on if Toyota would ever choose to include the platform.”

No, confirm details about launching Android Auto by the Company

Unfortunately, Bloomberg was not able to verify which of Toyota’s vehicles would be the 1st to run Android Auto or if the platform would also be making its way to the company’s luxury brand, Lexus. The company will release an official announcement by October. 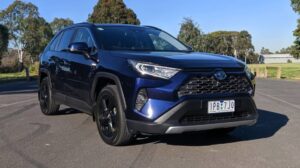 Toyota RAV4 Hybrid SUV to be launched in India by 2021 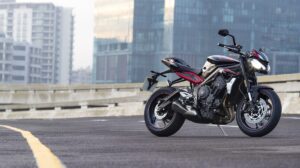 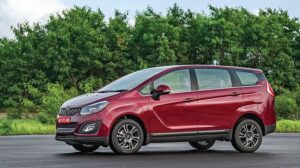 Mahindra Marazzo gets a BS6 update; M6+ to be the top variant