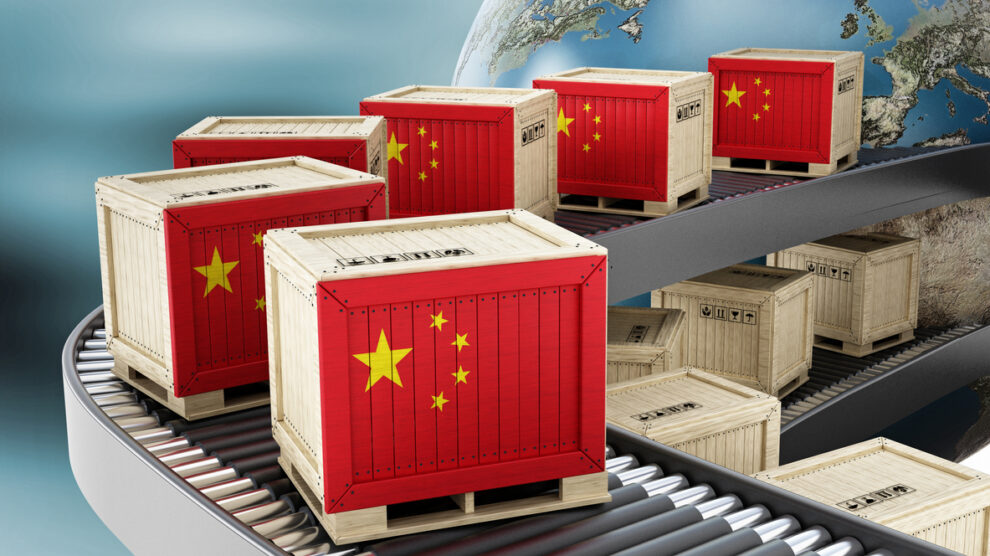 After the Government of India banned China’s apps, the government has given another big blow to China. The Indian government has imposed anti-dumping duty on parts and components imported from China for five years. After the India-China border tension, the people of the country were demanding a boycott of Chinese goods from the government. 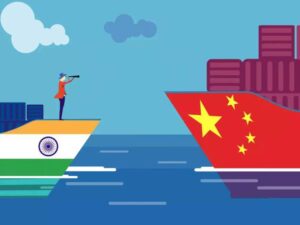 China has always dumped cheap and inferior quality Chinese goods to India by taking advantage of the World Trade Organization and Free Trade Agreement. The Directorate General of Trade Remedies (DGTR) has imposed anti-dumping duty on their imports.

Chinese imports are likely to be the worst affected. The safeguard duty is also applicable to competitor countries Vietnam and Thailand, but not other developing countries.

What is an ANTI-DUMPING in International Trade? Dumping is said to occur when the goods are exported by a country to another country at a price lower than itsnormal value. This is an unfair trade practice which can have a distortive effect on international trade.

Anti-dumping is a measure to rectify the situation arising out of the dumping of goods and its trade distortive effect. Thus, the purpose of anti-dumping duty is to rectify the trade distortive effect of dumping and re-establish fair trade. The use of anti-dumping measure as an instrument of fair competition is permitted by the WTO. In fact, anti-dumping is an instrument for ensuring fair trade and is not a measure of protection per se for the domestic industry. It provides relief to the domestic industry against the injury caused by dumping.

Often, dumping is mistaken and simplified to mean cheap or low priced imports. However, it is a misunderstanding of the term. On the other hand, dumping, in its legal sense, means export of goods by a country to another country at a price lower than its normal value. Thus, dumping implies low priced imports only in the relative sense (relative to the normal value), and not in absolute sense.

Import of cheap products through illegal trade channels like smuggling do not fall within the purview of anti-dumping measures.

Is anti-dumping a measure of protection for domestic industry? 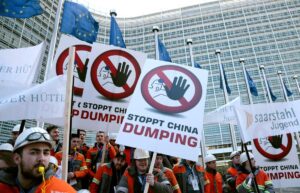 In fact, anti-dumping is a trade remedial measure to counteract the trade distortion caused by dumping and the consequential injury to the domestic industry. Only in this sense, it can be seen as a protective measure. It can never be regarded as a protectionist measure.

The duty was imposed after the Commerce Ministry’s investigation arm Directorate General of Trade Remedies (DGTR), in its probe, concluded that the product was exported to India by these countries below its associated normal value, which resulted in dumping and in turn impacting domestic players.

“The anti-dumping duty imposed under this notification shall be effective for a period of five years (unless revoked, amended or superseded earlier) from the date of imposition of the provisional anti-dumping duty, that is, October 15, 2019,” the department of revenue said in a notification.

According to global trade norms, a country is allowed to impose tariffs on such dumped products to provide a level-playing field to domestic manufacturers. The duty is imposed only after a thorough investigation by a quasi-judicial body, such as DGTR, in India.

What is a Safeguard Duty which has been imposed on solar goods?

Safeguard duty is a temporary relief provided when imports of a product increase unexpectedly to a point where they threaten domestic manufacturers of similar products. It is distinct from countervailing duty and anti-dumping duty, which are also used to protect the local industry.

which is high compared to import price. It is imposed by Central Government on goods so that the Indian manufacturers do not suffer due to import of cheaper goods from outside.

In July 2018, the Government of India imposed a two-year safeguard duty on solar cells and modules, in an attempt to protect domestic manufacturing which has been now extended to another year. This policy brief discusses the impact of that duty on the business prospects of manufacturers. It also analyses the implications of the duty on the rest of the solar sector, including facets such as project deployment, job creation, and investor sentiment.

What is the Safeguard Duty Safeguarding?

India has stepped up the heat on imports from China for injuring domestic producers by allegedly dumping products like digital offset printing plates, solar cells and a raw material used in making industrial chemicals. 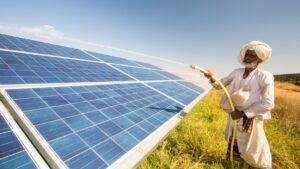 The revenue department has notified continuation of safeguard duty on solar cells and panels for another year, and imposed definitive anti-dumping duty on import of digital offset printing plates and provisional anti-dumping duty on aniline oil used in making certain industrial chemicals. The decisions were announced in three separate orders late on Wednesday night.

The move is the latest in an economic offensive against China with which India had a border clash last. So far, has 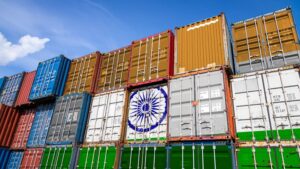 banned dozens of Chinese smartphone apps, ordered e-commerce firms to disclose to shopper’s origin of the products offered on their platforms and banned companies from China and Pakistan from bidding for government contracts without specific approval from competent authorities.

Prime Minister Narendra Modi has advocated self-reliance as a growth strategy, which will also help wean Indian producers from over dependence on raw materials from China, especially in sectors like automobiles, pharmaceuticals and electronics.

In the case of digital offset printing plates, the anti-dumping duty is also applicable to imports from select companies from Japan, Republic of Korea, Taiwan and Vietnam at specified rates. The duty on aniline oil is up to $150.8 per tonne and applies to any Chinese import routed through other countries too.

Is it practically possible for an Indian to Boycott on Chinese Products? 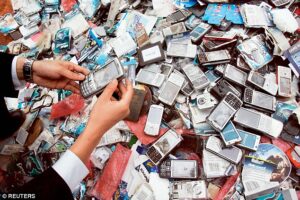 Maximum mobile brands in Indian market are Chinese Brands which includes Vivo, Xiaomi, OnePlus, Lenovo, Huawei. Apple’s iPhone and iPad have significant parts that are produced in China. Amidst this hoax of #BoycottChinaProducts campaign itself the newly launched model of OnePlus went out of stock in minutes after its online launch on Amazon.

We are completely surrounded by the Chinese products in every possible manner. From a minor nail cutter to the calculator, from children’s toys to the bedsheets and curtains in our houses, from a basic pen to the laptop we use, from online transaction through Paytm to online shopping sites like Shein and to note AliBaba has the highest share of investment in the business of Zomato and Snapdeal.

Pulp of paper, textile fabrics, articles of plaster, glassware, utensils, crockery, furniture, vehicles, fertilisers, heavy machinery etc. all of these basics that we consume directly or indirectly are imported from China and we are actively and passively using Chinese products extensively in our daily lives. No matter which service or product we avail, Chinese market has completely attacked Indian lives. Withdrawing ourselves from availing these services or not purchasing these products is not happening practically in decades to come.

All the raw material in the accessories made in India comes from China. Battery and LCD are the most in demand and both of them come from China. Because Chinese companies provide good finishing, they are very much liked among the people.

However, the Confederation of All India Traders (CAT), the apex organization of the country’s traders, is going to make the festivals special. CAT claimed that Chinese goods would be completely boycotted in the coming festivals and domestic products would be available in abundance.

Chinese imports are likely to be the worst affected. India is aiming at limiting trade links with China as part of a policy to cut dependence on its northern neighbour. The government in April notified changes to its foreign direct investment (FDI) policy by mandating government clearance for all FDI inflows from countries with whom it shares land borders