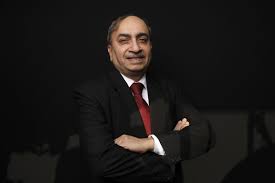 On Tuesday, the government-appointed SBI’s senior-most Managing Director Dinesh Kumar Khara as the chairman of the largest lender of the country.

According to a notification issued by the Finance Ministry, the central government appoints Dinesh Kumar Khara as chairman of State Bank of India (SBI) for a period of three years, which will come in effect from the date of his taking over charge of the post on or after October 7, 2020, or until further orders, whichever comes first.

The Banks Board Bureau (BBB) last month, had suggested Mr. Khara as the next chairman of the country’s largest lender.

According to the ritual, the SBI chairman is elected from a pool of serving managing directors at the bank.

Surprisingly, Mr. Khara was among the contenders for the chairman’s post in 2017 as well.

In August 2016, Mr. Khara was appointed as managing director of SBI for a three-year period. In 2019 after review of his performance, he got a two-year extension

Me. Khara is an alumnus of the prestigious Business school Faculty of Management Studies, Delhi University, he heads the Global Banking division of SBI. Holding a board-level position, Mr.Khara oversees the non-banking subsidiary businesses of the SBI.

Before being appointed as the managing director of SBI, Mr. Khara was the MD and CEO of SBI Funds Management Pvt Limited (SBIMF).

Mr. Khara started his journey in SBI as a Probationary Officer in 1984, he played a key role in merging five associate banks and Bharatiya Mahila Bank with SBI effective April 2017.

However, the coming time won’t be easy for the new SBI chairman, he will have a tough task ahead as the banking sector is going through a major crisis due to the COVID-19 pandemic.

SBI had made total provisions of Rs 3,000 crore to cover potential COVID-19 losses, as of June 30. In the March quarter, the Gross non-performing asset (NPA) ratio of 5.44 percent was lower than 6.15 percent.

State Bank of India (SBI) chairman Rajnish Kumar said in his farewell message that he had made the bank ‘future-ready’ and that the lender is in safe hands with Dinesh Khara as the new chairman.

Kumar’s last day in office was on October 6. He had been in the bank as chairman for three years and in total served the bank in various capacities for almost 40 years.

“I am happy that I am leaving the bank ‘future-ready’ for the next Chairman–Mr Dinesh Khara–to take it further ahead. The future is all about possibilities and I believe that the best is yet to come. I wish all the best for his new assignment. I can say with no hesitation that I am leaving SBI in safe hands,” Kumar said in his farewell message to SBI employees.

The unprecedented crisis of 2020 could not deter SBI as the bank was ready beforehand, with its digital transformation, and in full readiness. Kumar thanked his employees for providing uninterrupted banking services to the country without fear and paid his homage to those who lost their lives due to the pandemic while fulfilling their duties.

Kumar said his vision for SBI was to transform it into a strong bank with a niche digital face, and at the top of the game in digital.

Grinding on the four pillars, which are corporate credit revamp, deep business focus, taking the digital leap and putting in place a greatly enhanced compliance culture, I believe that SBI is today on the threshold of a new dawn,” Kumar said, adding the bank’s perception has changed “all around and all over the country.”