As per the report, the group has requested retendering of the bids and disqualification of Tata Sons from the Parliament redevelopment project by sending multiple letters to the Central Public Works Department (CPWD). The group has asked for disqualification of Tata Sons from the project on the ground of “probable conflict of interest”, as per a report from Business Standard.

The same report also quoted a letter that said that participation of both Tata Projects (TPL) as a bid for the subject tender, and Tata Consulting Engineers (TCE) as associated as sub-consultant, is a violation of the Central Vigilance Commission (CVC) rules.

Requesting a “thorough investigation” of the process from the CPWD, a letter also said, “It is essential to make a mention that both aforesaid companies are affiliates and part of the Tata Group, having common shareholding through Tata Sons including its direct and/or indirectly associated companies.”

CPWD has already ruled out the claims made by the SP Group, however, the Mistry family-led group has again asked for reinvestigation of the process saying, “The bidding process cannot be treated to be impartial and as the tendering process had been carried out in violation to government/CVC, Tata Projects needs to be disqualified and the subject works needs to be re-tendered.”

The report also quoted a TPL spokesperson, who said, “As per our understanding of the tender conditions and other provisions, we are not aware of any conflict of interest. There were no changes made to the pre-qualification criteria in the RFQ document issued by the tendering entity until the submission date. TPL participated in the RFQ process along with six other companies, and our qualification was found suitable based on a verification of our submission and experience.”

As per the report, the SP Group has also alleged “tweaks” in the pre-qualification bid criteria to allow firms with experience in steel building projects (along with the original requirement for experience in concrete buildings) to accommodate TPL, besides other changes.

The Mistry family and the Tata Sons have a bitter relation amongst themselves. The Mistry family is about to separate from the Tata Sons. On September 22, SP Group had told the SC it was ready to sell its stake in Tata Sons, provided it got an early, fair, and equitable solution. However, another report from Business Standard says that the Tata Group claims they have not received any formal request from the SP Group to separate from the company.

Tata Sons said, “After the Supreme Court (SC) order on September 22 disallowing SP Group to pledge any Tata Sons shares, SP Group issued a statement that day stating its desire to separate from Tata Group. This statement resulted in considerable confusion and speculation in the media.”

In the statement released by Tata Sons, they clarified, “Tata Group states it has to date not received any formal request or proposal from SP Group on this. Since the matter is sub-judice before the SC, Tata Sons will wait for the court proceedings to resume, which are scheduled for October 28.” 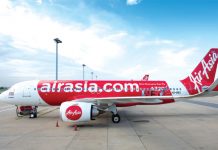