Students of Indian Institute of Technology, Bombay have collectively posted statements on social media, one day before Modi’s arrival, that question the government’s recent “anti-student politics.”

On the occasion of Indian Institute of Technology’s 56th annual convocation on Saturday, Prime Minister Narendra Modi was invited as the guest of honour to deliver the convocation address. However, his visit has sparked debate within student groups regarding the motive of his visit, apart from the anti-education politics.

The disturbed student sentiment is a result of various governmental measures in the past few months. They include the decreasing budget allocation for institutes of higher learning and retraction of the Government of India- Post Matric Scholarship (GoI-PMS) for reserved categories (ST/SCs and OBC) in Institutes like Tata Institute of Social Sciences (TISS). The most recent one includes the shortcomings of the new Higher Education Committee of India Bill (HECI Bill).

The unrest is not linked to the institute but rather towards the PM. Quoting one of the participating students of the body, “Our questions are not directed towards the institute, but towards PM Modi.” The students also added that there would be no form of physical action which would affect the course of the event, entering of the prime minister or the delivery of the convocation address.

The statement issued by the students reads as follows:

“The ever-declining public expenditure in education is making us question the higher education policy of the ruling government and we naturally wonder, whether PM Modi wants education for all or is he promoting the Brahmanical idea of education only for a few people belonging to the upper-class backgrounds.”

The statement was also shared by ‘Coordination of Science and Technology Institutes’ Student Associations (COSTISA) on their Facebook page last night.

A range of problems has been brought forward which point towards how the Indian higher education is being pushed towards debts and consequently to the hiking of fees. The spectrum of problems also talked about the increasing rate of unemployment and poverty:

“Be it the General Financial Rules (GFR) of the central government, which force a substantial expenditure on universities, or the lack of grants leaving universities with a massive loan, both are directly affecting the fees of students, making it impossible for students from strained economic backgrounds.”

“As researchers and students, we believe academia cannot be disconnected from the society and the increasing hate crimes in the society are a growing concern. We would like to question PM Modi’s silence on all these issues.” They refer to the violence inflicted on minority communities as a result of designating so much importance to beef that it becomes more important than a human life and how the criminals get immunity from the state.

The statement concluded on this note:

“We collectively condemn all atrocities committed against Dalit and Muslim men and women and demand, through this statement, that PM Modi too should take a positive stand and condemn all hate crimes in the country.” 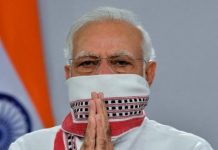 We are working to provide better educational and entrepreneurial opportunities to our youth: PM Modi 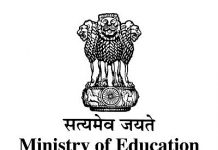 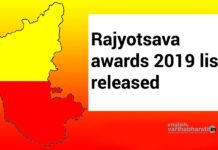 Karnataka govt announces Rajyotsava Prashasti award for 64 personalities across varied fields; prizes to be given on 1 Nov by BS Yediyurappa