In the wake of killer cyclone Gaja, various universities had cancelled the exam scheduled on November 15 in Chennai. The universities released an official notification informing the same.

Due to heavy rainfall on November 16, 2018, Pondicherry University declared holiday.

One Bharathidasan University had scheduled the semester examinations from November 16 onwards.

Three teams of the National Disaster Response Force (NDRF) have arrived in Nagapattinam in Tamil Nadu to provide immediate assistance to the affected people.
Apart from this, twenty-two cyclone shelters have been kept ready to accommodate people and a 24-hour control room was functioning at the collectorate.

Meanwhile, Chief Minister K Palaniswami informed on Saturday that the number of deaths due to cyclone Gaja have increased to 33.

Speaking to reporters at Salem, about 350 kilometres from Chennai, Mr Palaniswami said, “ 20 men, 11 women, and 2 children died due to the cyclone that crossed the Tamil Nadu coast between Nagapattinam and Vedaranyam districts between 12.30 am and 2.30 am on Friday”.

Mr Palaniswami said about 70 livestock and several goats, poultry and deer have also died due to the cyclone.

Some 127,000 trees were uprooted by the strong cyclonic winds that touched a maximum speed of about 120 kmph, the Chief Minister added.

He said supplies of water, milk and food were being distributed to the people affected by the calamity.

About 177,500 people are staying in 351 relief camps in the cyclone-affected areas. 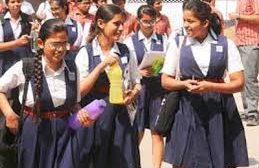