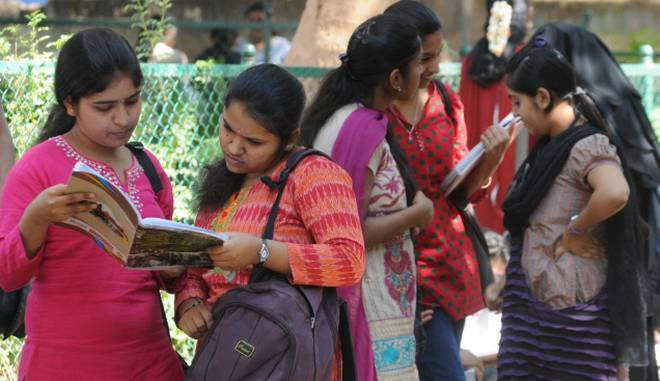 On the occasion of International Women’s Day, the Survey conducted by The Child Rights and You (CRY) revealed the obstructions witnessed during the continuation of girls education. It was found that in about 4 states, the girls depend on others through the course of their education. The study has also revealed a few incentives schemes for encouraging girls education.

The survey reveals that the reason for the 29% of absenteeism and the discomfort women witness due to a male teacher which account for 18%.

The survey also revealed that 52% of the girl’s absenteeism is due to being ill and 29% of the absenteeism account for being engaged in household work in the four states.

The other reasons include infrastructural issues like poor roads and unavailability of transport to schools.

Girls in Gujarat and Andhra Pradesh witness distance and cost of transportation to school as the main reasons for discontinuation of girls education.

Another reason for Haryana, Andhra Pradesh, and Gujarat girls was menstruation.

“Though 87 percent of schools reported having separate toilets for girls, not all of them were found to have running water and hand wash facilities,” the study stated.

The study also included interviewing more than 3,000 participants from 1,604 households across the four states.

Among the girls who go to school, self-motivation account for 88% and inspiration from the family account for 87%.

“No resistance from family (94 percent) and community (95 percent) were also reported as some of the prominent encouraging reasons by the majority of school going girls, while 70 percent of school going girls claimed to have received government incentives and/or benefits in the school,” the study stated.

Another reason included the requirement of female labor at home. 66% percent of absenteeism or discontinuation of girls education account for the marriage of girls.

The studies revealed that 40 percent of parents were not aware of the schemes.

“This indicates that through a number of government schemes are available for promoting girl child education, their benefits are yet to reach and touch the lives of girls due to lack of awareness and knowledge about the schemes,” said Puja Marwaha, the CEO of CRY.

The different provisions include  ‘safe and frequent transport facilities; provision of entitlements under the RTE; investing in social behavior change and communication to enhance the status of a girl child, and universalizing creche facilities’.