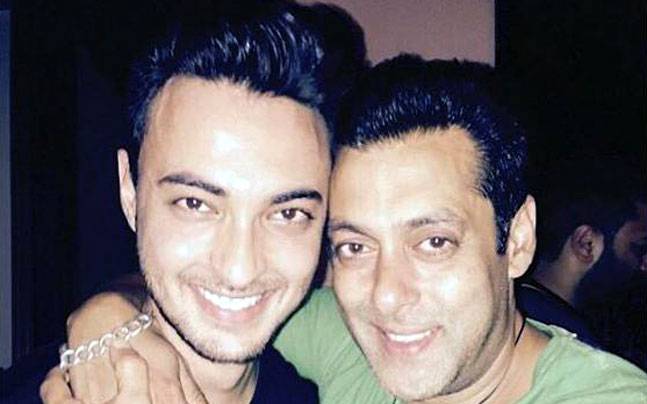 Salman Khan has announced a new project with his brother in law Aayush Sharma. Khan is going to remake the Marathi film ‘Mulshi Pattern’. The rights of the same have been acquired by the Production house which belongs to Salman. It will be a crime drama and will go on floors by mid-2019.

Aayush who made his debut earlier this year with Abhiraj Minawala’s ‘LoveYatri‘ opposite Warina Hussain. It was also produced by Salman Khan’s production house. It was a love story and Aayush played romantic lover boy character. But this time he will be seen in a serious avatar. He will even get a training for action for the film.

The Marathi version of the film featured Om Bhutkar as a lead character and was inspired by true events which happened in Pune’s Mulshi taluka. It revolved around farmers who lost their lands and went rogue. Due to frustration and poverty, they turn to petty crimes like theft. Some of them even become ganglords. The film starred Mahesh Manjrekar, Mohan Joshi and Upendra Limaye. It was directed by Pravin Vitthal Tarde.

According to reports Aayush has signed another film with Sanjay Dutt and he will play a gangster in that film. However, the details about other characters or director have not been finalized yet.

Pahlaj Nihalani’s ‘Rangeela Raja’ got clearance from the censor board, will release on January 11
‘Andhadhun’ tops the list of 10 Indian movies on IMDb, beats ‘Raazi’, ‘Sanju’ and ‘Stree’
Comment