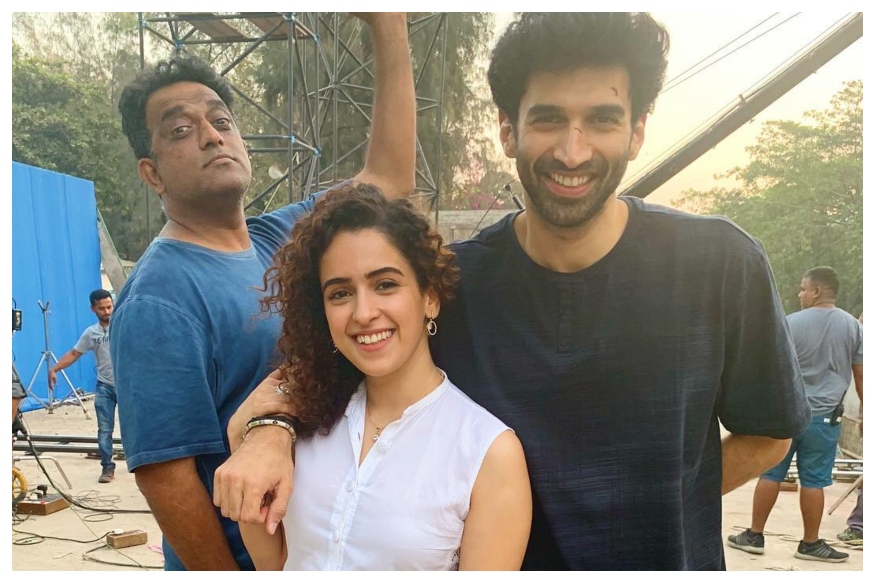 Aditya Roy Kapur and Sanya Malhotra had begun the shooting of their upcoming film. The yet to be titled film is helmed by ‘Barfi’ director, Anurag Basu. The film expected to release later this year. Aditya and Sanya uploaded a photo on their social media handles to mark the beginning of the film’s schedule that show them in the photo with Arurag in the background.

The film also stars actors like Abhishek Bachchan, Rajkumar Rao, Fatima Sana Shaikh, and Pankaj Tripathi and is produced by T-Series’ Bhushan Kumar. The film is a dark comedy anthology and will hit the screens on September 6.

Sanya was last seen 2018’s blockbuster ‘Badhaai Ho‘ starring opposite to Ayushmann Khurrana. She will star opposite to Nawazuddin Siddiqui in her upcoming film ‘Photograph’ which also had a World premiere at Sundance Film Festival and Berlin International Film Festival. ‘Photograph’ is scheduled to release in India on March 15.

Aditya’s last starring role was in 2017 film ‘Ok Jaanu’ opposite Shraddha Kapoor. The actor will be next seen in Abhishek Varman’s directorial, ‘Kalank‘ which also features Madhuri Dixit, Sonakshi Sinha, Alia Bhatt, Varun Dhawan, and Sanjay Dutt in important roles. The movie is in its post-productional stage and is scheduled to release on April 19, 2019.