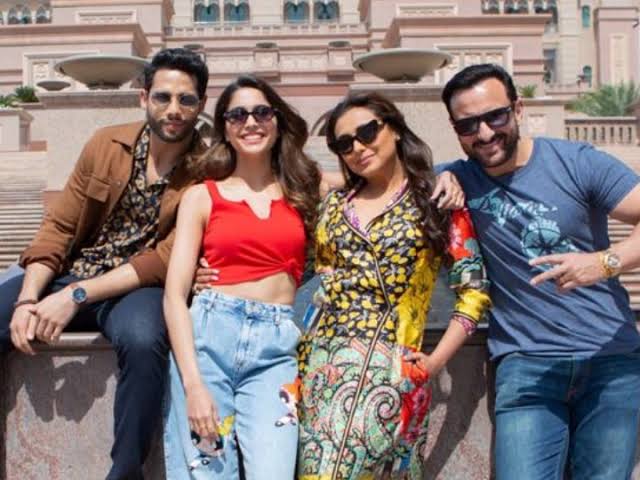 The cast and crew of Yash Raj Films sequel to Bunty aur Babli, have finished shooting for the film. Staring Siddhant Chaturvedi, Rani Mukherjee, Saif Ali Khan, and debutant, Sharvari in lead, the film will release next year.

While the pending portions of the film were shot at YRF studios, it was also ensured that the set is having all the safety protocols in place. The medical check-ups of every member were done, at the same time, the medical staff was present on the sets.

The cast and crew of the film were informed beforehand to follow the quarantine procedures. In a statement released, director Varun Sharma said :

“We took all possible steps to ensure that we had the safest shooting environment and we are happy to report that nothing untoward happened on the sets of Bunty Aur Babli 2. I’m thankful that it all went well because this will give confidence to the entire film industry to return to shoot.”

On the other hand, Rani said :

We shot this sequence in the pandemic and we were made to feel extremely comfortable on the sets because YRF took all the necessary precautions before the shoot commenced. So, we were all sure that none of the crew members, including the actors, had the virus.”

Excitement is galore as the film completes its shoot. The audience can’t wait to see what the sequel to the hit 2005 film will offer.