After crossing several roadblocks the English language film ‘No Fathers In Kashmir’ is finally releasing this Friday along with a superhero film ‘Shazam’ and comedy film ‘Fighting With My Family’.

No Fathers In Kashmir:

“A teenage British Kashmiri, Noor, re-traces her roots in search of her father. Majid, a local boy smitten by her, takes her to a forbidden area near the Indo-Pak border fraught with danger. They stumble upon a dark secret and are arrested. Being British, Noor is released but Majid is not. Having put him in peril how far will Noor go to have Majid released? And can love ever be the same again for these two?”

Hollywood film ‘Shazam’ based on a superhero by the same name will release in English as well as Hindi, Tamil, and Telugu languages.

Fighting With My Family:

It is directed by Stephen Merchant and produced by companies WWE Studios, Film4 Productions, The Ink Factory, Metro-Goldwyn-Mayer, and Seven Bucks Productions.

The synopsis of the movie reads, “Based on a true story, FIGHTING WITH MY FAMILY follows reformed gangster Ricky, wife Julia, daughter Paige, and son Zak as they make living wrestling together in tiny venues. When Paige and Zak get the opportunity to try out for WWE, the family grabs a once-in-a-lifetime chance to turn their wildest dreams into a dazzling future. However, the brother and sister quickly discover that to become superstars, both their talent and their relationship will be put to the test. FIGHTING WITH MY FAMILY is a heartwarming and smart comedy that proves everything is worth fighting for when it comes to family.” 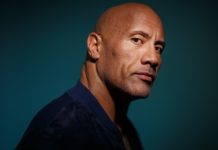 Dwayne ‘The Rock’ Johnson might work in a Bollywood action film someday! 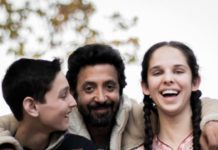