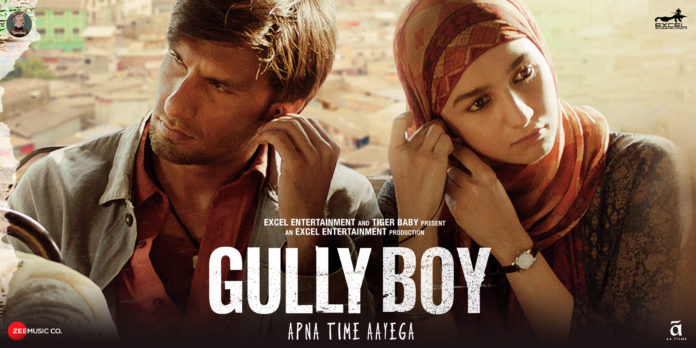 Zoya Akhtar’s Gully Boy (2019) deserves appreciation for popularizing hip hop in India. Even though it does not mark the advent of hip hop music or rap in the subcontinent, the film introduced the genre to a significant mainstream audience who were not so familiar with it until then.

It is actually rapper Baba Sehgal who is often attributed as the progenitor of the genre in India, beginning sometime in the 90s. Ever since then independent hip hop artists and rappers have emerged from various parts of India, as well as Indian origin artists across the world. Together they have created a niche in the global hip hop scenario, which is often referred to as Indian or Desi hip hop, and is a part of the South Asian hip hop culture.

Undeniably, Bollywood audiences had already grown accustomed to raps, even before Akhtar’s film released, as a consequence of the infuse of Punjabi rappers such as Yo Yo Honey Singh, Badshah, and Raftaar in mainstream feature films. Each of them and many more similar artists have produced several hits, and some of these songs are still considered to be favorites and make it to party playlists.

However, what Gully Boy brought in has proved to be quite different from what the more popular Punjabi-Bollywood style of hip hop offered. Akhtar found inspiration for her musical drama in the lives of Indian street rappers Divine and Naezy. The kind of music they produce is known for being characteristic of calling out injustices and promoting social change.

Moreover, this has more in common with the original form of hip hop which originated in the Bronx Region of New York City in America during the 1970s. It was minorities including African Americans, Latin Americans, and Caribbean Americans in the area who founded it.

Similarly, socio-politically marginalized and oppressed communities in India have also found a voice in hip hop, highlighting their struggles, which has resonated very well among the masses. The reach and popularity of the phrase ‘Apna Time Aayega’ from the film speaks for itself. Hip hop is increasingly being employed for activism, to raise awareness and register dissent as well.

Clearly, gully rap had been gaining momentum in India before the film. Like it has been with numerous other art forms, the internet, specifically YouTube’s contribution in its growth is considerable. While hip hop artists (mostly known by their stage names) like Blaaze and Hard Kaur were popular already, other indie rappers such as Raja Kumari, Bohemia, Emiway Bantai, Kaambhari, and Prabh Deep have garnered recognition, created their own following, and risen to fame in India over recent years.

Several record labels are also doing their bit in nurturing the hip hop scene in India. Delhi-based Azadi Records, established in 2017, is one such noteworthy label, which “seeks to provide a platform for South Asian artists to release forward-thinking, politically conscious music that critically engages with (and comments on) the pressing issues of our time.”