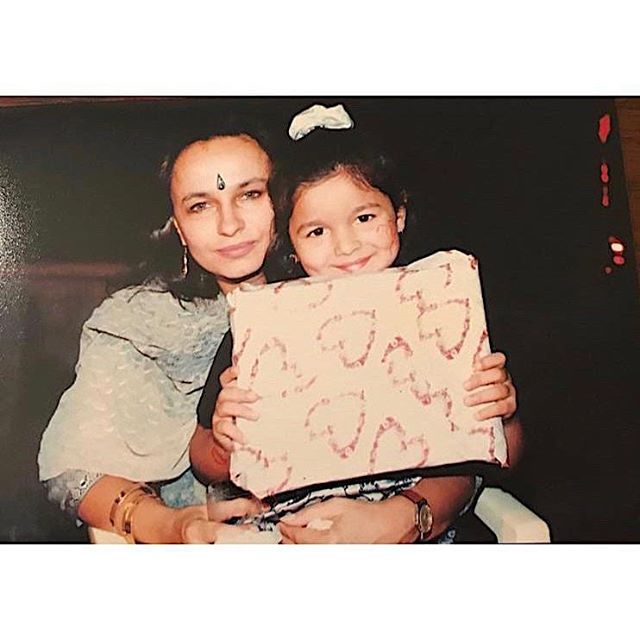 November 14th calls for Children’s Day and we can’t keep calm. This day, let us all take a ride to the ‘bachpan’ of our favorite stars and see who do we relate to the most. Let’s get started!

happy birthday my everything 💓

Alia Bhatt in this picture is all of us from any birthday parties we attended way back then. Looks like little Alia is really enjoying her drink; at the same time posing for the camera. Beside her is the actor’s best friend Akansha Ranjan Kapoor who made her first appearance on-screen with ‘Tere Do Naina’ music album, alongside Aparshakti Khurana.

Being a lucky charm in red even as a kid! #ThrowbackThursday #TheZoyaFactor @rheakapoor

Fashionista Sonam is definitely doing some big-sister job by teaching sister Rhea Kapoor to pose. Meanwhile Rhea looks not so happy about it. Don’t they just look cute twinning in all this red!

Veteran actor Rishi Kapoor took it to twitter and posted a throwback picture of him with Boney Kapoor, cousin Aditya Kapoor while producer Tutu Sharma aka Pradeep Sharma and actor Anil Kapoor. He wrote, “Original “Coca Cola” advertisement. Boney Kapoor,Aditya Kapoor, Rishi Kapoor, Tutu Sharma and that cute brat Anil Kapoor( photo courtesy Khalid Mohammed).” Isn’t in a cool gang of boys you would like to be a part of in every social gathering!

Ravneer Singh hasn’t changed a bit in all these years. The Gully Boy looks like a born actor in this picture; attempting to pull off the devil avtaar. This picture does make us want to see him a horror film. What do you think?

We cannot get enough of Ananya Pandey with her dad Chunkey Pandey, in this picture. Ananya looks oh so excited receiving gifts from her dad. The actor posted it on her Instagram on Chunky Pandey’s birthday. She wrote, “love life this much all because of you! Happy birthday Papa, thank you for always making me laugh ❤️.” This picture surely tells us, Ananya is a Papa’s girl!

This picture of Vicky Kaushal reminds all of us of our childhood; when fitting into any space felt was a fun activity. Vicky took it to his instagram and shared this picture with a caption that said, “Fridge potato. Circa ’88.” How adorable is the Uri star sitting in a fridge!