Karisma Kapoor is one of the most talented and accomplished actresses in hindi film industry. Karisma was the highest-paid Hindi film actresses in the 1990s and early 2000s.

Karisma is currently staying away from doing movie. She was last seen in a Special appearance in the movie Zero. Karisma on the other hand, is very active on social media. Karisma has over 4.5 million followers on Instagram alone. Karisma also makes sure that she shares photos and videos of herself regularly with her fans.

In her recent photos, Karisma has shared some sizzling pictures of herself in a shiny dress. Karisma captioned it, ““We must learn who is gold and who is gold plated” – ☄️💥⚡️” 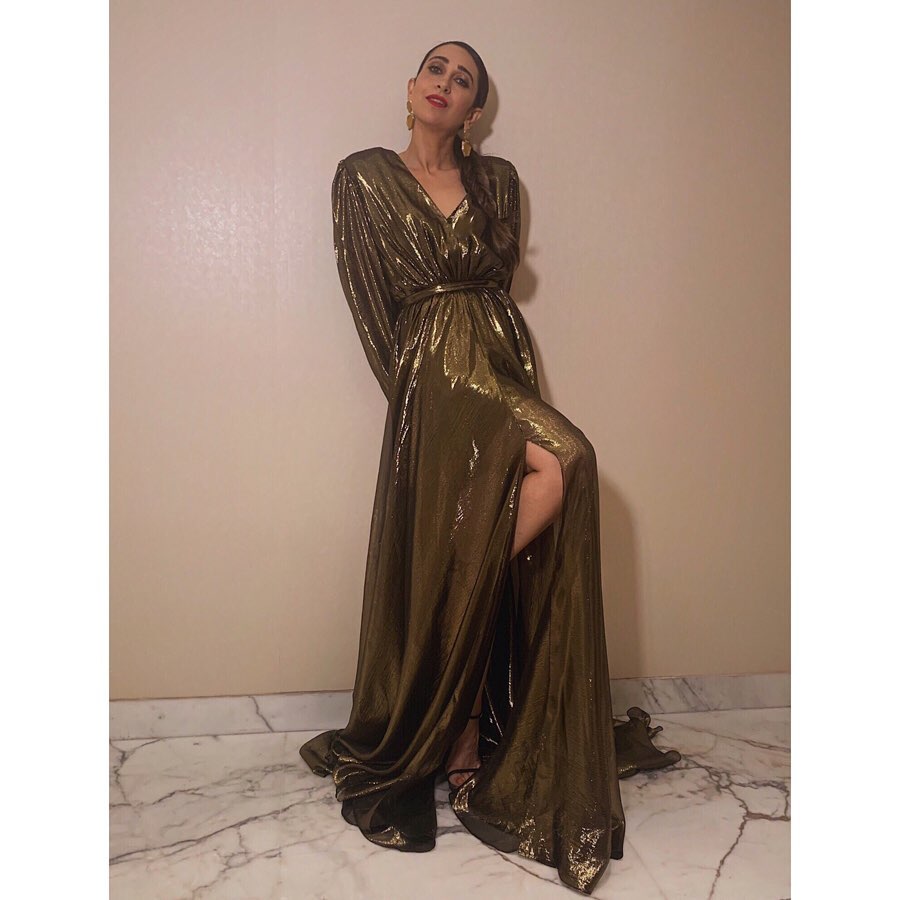 Karisma had also shared this small video of herself dressed in the same dress.

Karisma had also recently shared a picture of herself and Saif Ali Khan, wishing actor on his 49th birthday.

Happy birthday saifu ! 🎂❤️ we love you ( my favourite pic of us 😎) #family #flashbackfriday

On the work front, Karisma had started her career way back in the year 1991 with the film ‘Prem Qaidi’. She came to limelight for her roles in the films like ‘Raja Babu’, Andaz Apna Apna, Suhaag etc.

Karisma for her contribution to hindi cinema was labelled as “the best actress in the post-Sridevi generation” and her character in Raja Hindustani was also listed as being “one of the finest inwardly ravaged characters in Bollywood.”

Richa Chadda talks about ‘Section 375’ at the trailer launch: Watch video
Hina Khan looks gorgeous in these Saree photos: Check it out
Comment