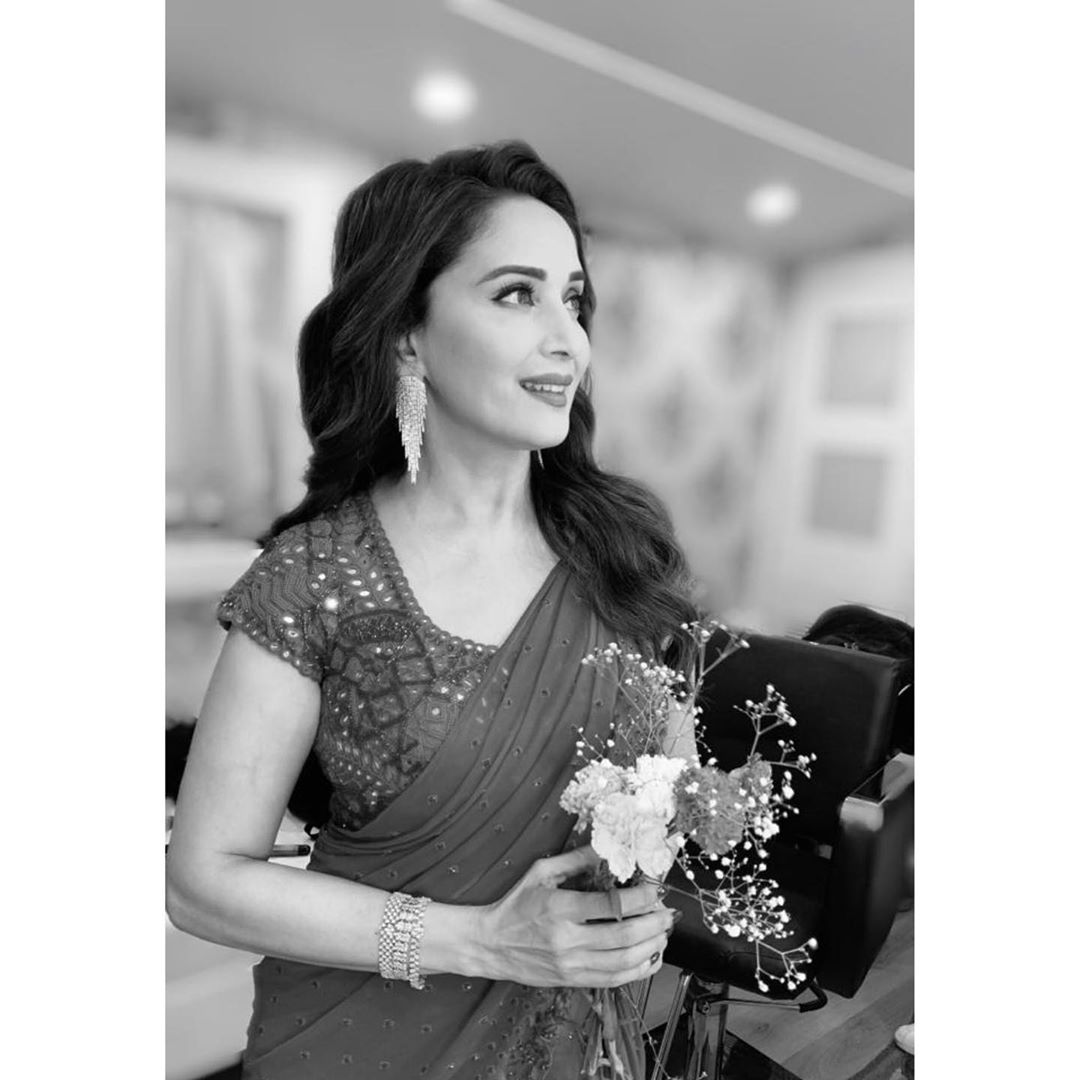 Actress Madhuri Dixit never fails to look impressive in any get up or in any look. Her fans on social media eagerly wait for her latest pictures.

She recently shared a picture of herself on her Instagram profile, taken in a dress she wore for the 2019 IIFA Awards ceremony.

Dressed in a lovely blue outfit, the dhak dhak girl looks breath taking as she is seen shaking her legs with charm.

Madhuri had earlier posted another picture of herself where she is giving killer expression with her eyes.

On the work front, Madhuri was last seen in the period drama ‘Kalank’ directed by Abhishek Varman.

Her earlier release was Indra Kumar’s comedy film ‘Total Dhamaal’, which was the third installment in the ‘Dhamaal’ franchise.

The film met with negative critical reviews but was one of the highest grossing films of this year.

Her maiden production film was ’15 August’, directed by Swapnaneel Jaykar and was released on Netflix.