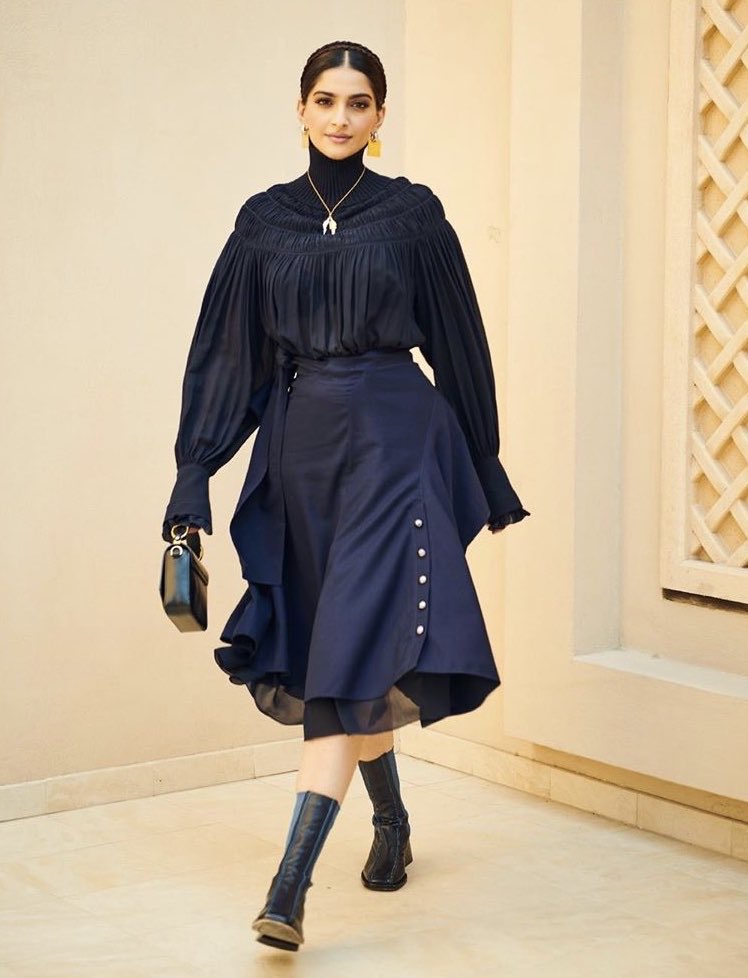 Sonam Kapoor has been honoured with a Dubai star on the Dubai Walk of Fame. The project modeled on Hollywood Walk of Fame was announced earlier this year and was inaugurated yesterday in Downtown Dubai.

On winning the honour, Sonam Kapoor said, “I am so excited that it’s happening. I was just happy to be invited. I know that it’s prestigious and cool. I have not actually told any of my friends yet, but now I can tell them back home that it’s happened.”

The actress who has seen over a decade long career in Bollywood marked by several commercially hit as well as critically acclaimed films including Neerja remains modest and remembers the temporary nature of things.

She said, “I don’t think of myself as a ‘star’. I’m a little modest about that.”

She further added, “Nothing lasts forever. That’s a very Indian way of thinking. You’re supposed to go away – the old has to go for the new to come. But, as an actor, you want to go down in posterity some way or the other, so it’s a nice feeling. My films are pretty relevant here, so it’s nice to have some recognition.”

The actor, who was nominated by over a million fans across the globe, shared the honour with Emirati singer Balqees Fathi, Egyptian actor-couple Mona Zaki and Ahmad Helmi, and Pakistani singer Atif Aslam, among others.

“Emaar does not just create communities, we strive to create remarkable experiences within these communities,” Downtown Dubai General Manager, Shymma Binbrek, said at the event. “The Dubai Stars is a walkable star-studded experience across Downtown Dubai honouring global personalities from all walks of life on their achievements and work.”

Some 400 stars are being awarded, from change-makers and eminent personalities from films, literature and art, sports and social media influence. The project will feature around 10,000 stars once it is finished.

The project will be more than four times the size of the legendary Hollywood Walk of fame.