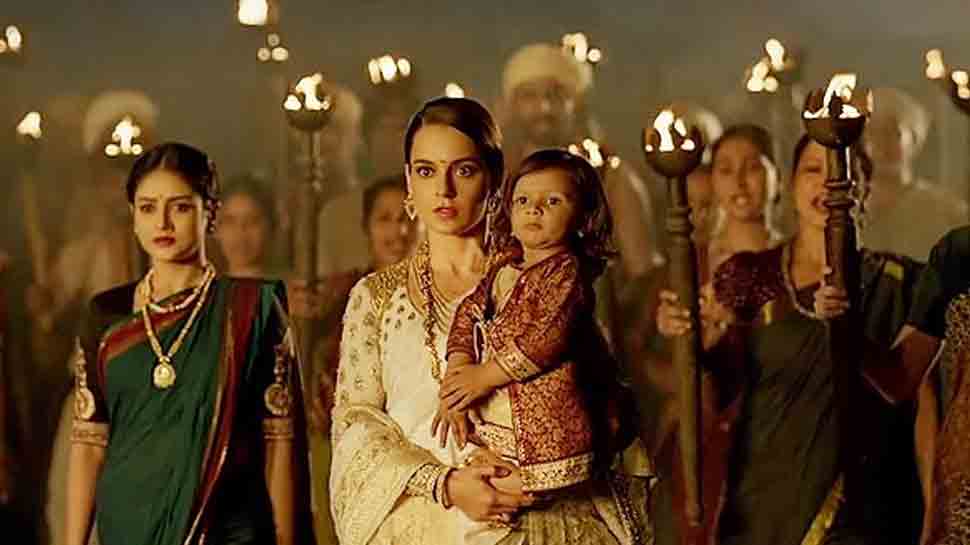 Much awaited trailer of the Indian period drama film ‘Manikarnika- The Queen Of Jhansi’  is released today in a grand event. Kangana Ranaut who is playing the titular role in the film made a grand entry as a queen followed by female warriors in the ceremony.

The Economic Times tweeted the video of Kangana’s entry during the event.

Here comes the "Queen" of Bollywood #KanganaRanaut to unveil the much awaited trailer of 'Manikarnika: 'The Queen of Jhansi'#ManikarnikaTrailer pic.twitter.com/0rP0jHnBvC

The synopsis reads, “She fought for freedom 160 years ago. She fought with her head held high, She fought till she dropped, Yet, never gave up her pride, her motherland, her beloved, Jhansi! It’s time to salute India’s greatest warrior queen! Experience and relive the proudest chapter in our history. Presenting the epitome of a warrior, a mother, and a Queen.”

The trailer sure gives us the goosebumps when Kangana as the Queen of Jhansi says, “Beti uth kadi hoti hai tab hi Vijay Badi hoti hai.” (When a daughter stands tall to fight in a war, the victory is glorious.)

We all have read or heard about “Jhansi Ki Rani” at some point in your life. The film features the same story more effectively with Kangana Ranaut’s strong performance and best-supporting actors, any film could have.

The film is produced by Zee Studios and Kamal Jain and directed by Radha Krishna Jagarlamudi and Kangana Ranaut. Original background music has been given by Sanchit Balhara & Anikt Balhara and other music by the trio Shankar-Ehsaan-Loy.