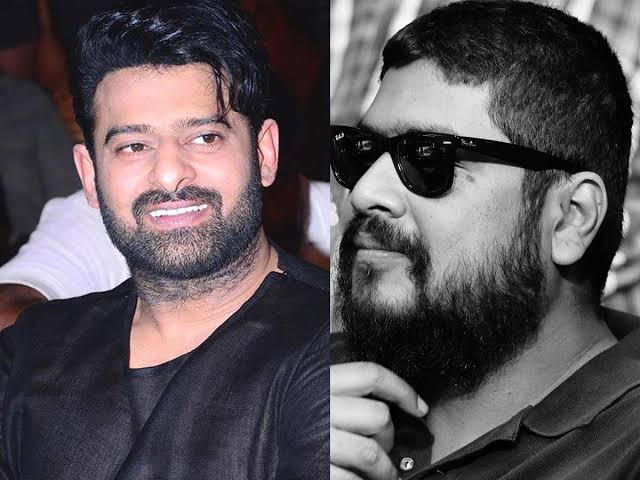 The Hindu scripture, Ramayana is one of the most revered texts in the world. It tells the story of Lord Rama and through his story teaches us valuable life lessons. Now his story is coming on the big screen, with our ‘Baahubali’, Prabhas playing the role of Lord Rama.

Prabhas shared the poster of the film on Instagram on Tuesday. He had earlier shared a video with director Om Raut on Instagram where he teased his fans about something exciting coming up. Turns out that exciting thing is his next film ‘Adipurush’. It’ll be a 3D action-drama with Om Raut directing it.

Sharing the poster of the Hindi-Telugu bilingual film, Prabhas captioned it as “Celebrating the victory of good over evil”, which is also the tagline of the film.

Check out the poster of Adipurush :

For the unknown, Lord Rama is also called Adi Purusha. The film which is based on the Hindu epic will tell the epic story in a new fashion. Never before Indian cinema has seen a film on a Hindu Lord, which this film will tell thus making it all the more exciting. Bhushan Kumar is producing the film under his T-Series banner.

“Every role and every character comes with its own challenges, but portraying a character like this comes with tremendous responsibility and pride. I am very excited to portray this character of our epic, especially the way Om has designed it. I am sure the youth of our country will shower all their love in our film.”

Since the film will retell the story of Lord Rama, expect it to be mounted on a large scale. Director, Om Raut who made a smashing debut with Ajay Devgn’s “Tanhaji: The Unsung Warrior” last year is going to include huge VFX effects for the film. He’s planning to make the action sequences in a detailed manner and hopes to push the boundaries of Indian cinema.

Talking about Adipurush, Om shared his excitement and said :

“I am grateful to Prabhas for accepting the part and my vision and Bhushanji for his unconditional support to realize my dream project. We embark on this journey with tremendous passion and pride and promise our audience an experience like never before.”

The film will come out in Hindi, Telugu, and Tamil along with a few other languages. It’ll go on floors in 2021, with a release in 2022. The makers of the film will cast the other members soon.

Meanwhile, Prabhas is waiting for his next film ‘Radhe Shyam’ which sees him alongside Pooja Hegde. The actor is also doing a film with Deepika Padukone, which Nag Ashwin is directing. It is expected that the film will be another multilingual epic.

Isn’t it great though, that the great Lord Rama’s story is coming on the big screen? Well, we certainly think so and we are excited to see Prabhas as Lord Rama. Tell us your views about Adipurush in the comments below.

If you wish to read more exciting entertainment news like this, keep reading ‘The Indian Wire’.