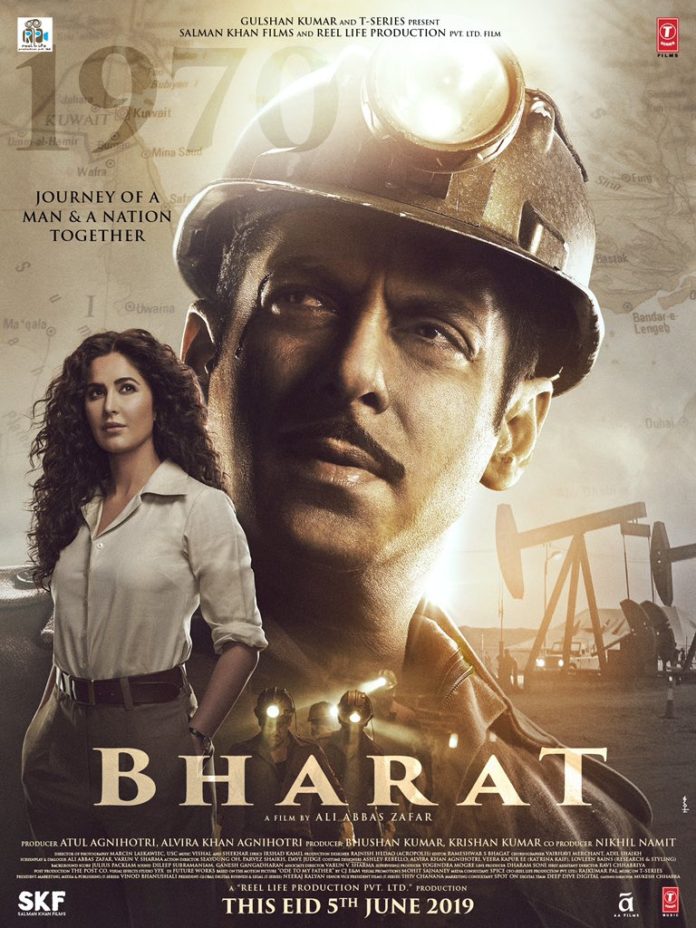 One of the most celebrated actors of Bollywood Salman Khan unveiled the third poster of his upcoming period drama ‘Bharat‘ and shared it on various social media. The actor introduced Katrina Kaif in this poster as ‘Madam Sir’. The poster also features Khan in a middle-aged look with a headlight torch with an intense and emotional look.

Khan shared the second poster of the film on Tuesday which featured him in a young man look wearing unusual white and golden jacket and retro sunglasses and Disha Patani in the background.

Salman Khan introduced himself in the first poster of the film where he can be seen donning an old man look. He shared the poster on his various social media handles and captioned it, “Jitne safed baal mere sar aur dhaadi mein hain, usse Kahin zyada rangeen meri Zindagi Rahi hain! #Bharat”