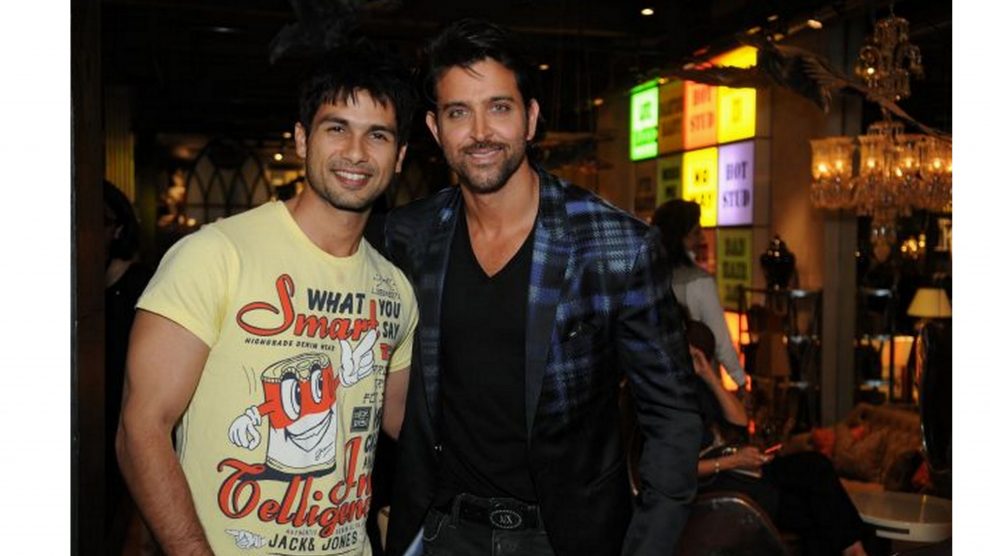 As soon as the photos surfaced on the social media from then rumors started to fly around suggesting that Shahid may be teaming up with the director Rakyesh Omprakash Mehra for his upcoming project which is related to the sports.

However, there are reports that the makers of the movie might replace Hrithik Roshan with Shahid Kapoor. Actor Shahid Kapoor has been pictured in the casual grey t-shirt and shorts along with a cap while the filmmaker was seen in the casual white T-shirt and black pajamas. The actor and the director were seen in all the smiles as they happily pose for the movie outside their office.

However, Shahid Kapoor’s upcoming movie ‘Padmavati’ has been received a major blow due to the indefinite delay, now the actor seems to be looking anxiously for the other projects. The movie ‘Padmavati’ features Deepika Padukone and Ranveer Singh and it has been directed by the director Sanjay Leela Bhansali.

Besides, this he will also be seen in the movie titled ‘Batti Gul Meter Chalu’, which will be directed by Shree Narayan Singh. The shooting of the movie is currently underway the social drama is slated to release on August 31, 2018. However, the movie features Ileana D’Cruz and she has been cast opposite Shahid Kapoor.

Rakyesh Omprakash Mehra is currently prepping for his upcoming musical drama movie titled ‘Fanney Khan’. The movie features Anil Kapoor, Aishwarya Rai Bachchan, and Rajkummar Rao in the lead. The movie which is an official remake of Dominique Deruddere’s Everybody’s Famous and the movie will be based on the father and daughter story. About the movie, director Rakyesh Omprakash Mehra says that it is a great story and the whole team is very excited to showcase it to the world.