The action-packed trailer of Ajith Kumar starrer ‘Viswasam’ is out and the actor is back with a bang in his action hero avatar. The trailer is filled with every necessary element to make it a typical South Indian masala movie, flying men, guns, item numbers and amazing energetic music.

After three consecutive hits ‘Veeram’, ‘Vedalam’ and ‘Vivegam’, Ajith has collaborated with director Siva for the fourth time. Ajith’s last release was ‘Vivegam’, which came out in 2017. He played an Interpol agent in it. This time he will be seen in the role of aggressive “Thukku Durai”. Ajith will be seen in a double role in the movie, a younger version of himself, opposite Nayanthara.

The film also stars Yogi Babu, Vivek, Robo Shankar, Thambi Ramaiah, Kovai Sarala and others. D Imman has composed the music for an Ajith starrer for the first time.

Filmmakers has scheduled on release Pongal next year and it will clash with Rajinikanth starrer ‘Petta’.

This will be the first time these two Kollywood superstar will compete at Box Office but in 1995, their films clashed. Ajith and Vijay starrer ‘Rajavin Parvayile’ was released on 4th August 1995 and on the same day Rajini’s Hindi film ‘Aatank Hi Aatank’ was released in the Hindi belt. 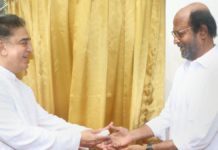 Kamal Hasan has lost to Rajinikanth in movies, wouldn’t repeat it in politics : AIAMDK 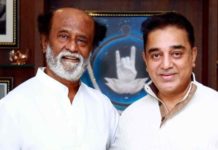