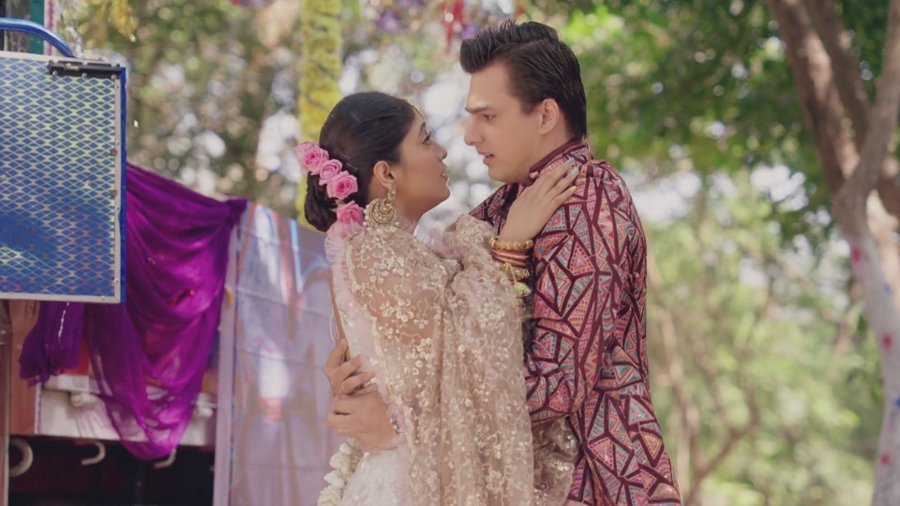 The upcoming episode of Yeh Rishta Kya Kehlata Hai begins with Kartik meeting Naira on their way home. Kartik was afraid Naira wouldn’t be able to reach home in time and miss the ceremony. Vedika watches Kartik and Naira exchanging loving looks and begins to get jealous. Kartik takes Naira inside the home. Suhasini can finally breathe with relief, but she does scold Naira for disappearing without any information. Vedika sees the family celebrating Kartik and Naira’s union and feels left out. Gayo tries to show some sympathy to her. Vedika begins to have doubts about divorcing Kartik and thinks she can still back off from her decision.

Kartik and Naira’s sangeet ceremony begins with a bang. Manish declares that he’s going to celebrate his son’s wedding because he couldn’t do it properly previous time. Kartik remembers how badly he behaved with his father when he decided to marry Swarna. The two families then put on a dance show which is very impressive.

Kairav and Laksh still can’t decide whose side they want to take. Kartik and Naira tease them, and then begin to fight with each other just for fun. Kairav suddenly gets anxious and tells them to stop fighting. He gets worried when they have a disagreement and announces that he can’t pick a side because he loves them both equally. Kartik and Naira, Kairav and Laksh embrace.

Tomorrow: Kartik and Naira dance on a truck. The wedding day to coincide with divorce between Kartik and Vedika.