Art is known to invigorate even the most feeble of opinions in the world to become a massive revolution of all times.

Alone Political affiliation can’t save Nature, every sphere has a service to offer.

Art can achieve something that even a political discourse fail to render: instilling responsibility towards Nature in Humans, so lost in worldly affairs.

Humans who have an affinity for art forms are more likely to be moved for social or environmental causes through depiction.

The information that we come across daily about the utter disregard of our surroundings, Environmental degradation and climate change has a gloomy, threatening and rhetorical aspect to it.

Apart from drawing our attention, it vitiates our soul.
In order to help our Nature, we need to be passionate and zealous for conservation attempts.

Art helps us therein, just to be out of that saturation and start working for our surroundings.

Only if there is a different way to wake citizenry from deep slumber and engage more with saving nature? Music: can possibly intersect and transcend linguistic, ethnic, social and geographical barriers to immerse the audiences with a positive and optimistic message.

Beethoven is remembered as a visionary, a humanist and an enlightened soul.

Alongside others, the UN Climate Change and the Earth Day Network had launched the Beethoven Pastoral Project for global mobilization in favor of a sustainable future for the planet.

Several artists performed that could be streamed online on June 5, 2020 the Environment Day amidst Pandemic.
A documentary film “The Sound of Nature” was also premiered in that event worldwide.

Paintings: Vision at its best

The “Urban Natural Assets: Rivers for Life” project, a biodiversity project, aims to raise awareness and conserve the urban nature by using the language known to all – art.

It empowers to include several green spaces in the city, inviting local communities to access nature’s benefits and serve in return.

A 19th-century painting by Albert Bierstadt called “Bridal Veil Falls, Yosemite” — a lush painting of one of the national park’s waterfalls that is hung alongside a work by the artist Valerie Hegarty from 2007, “Fallen Bierstadt,” which depicts the same painting askew, burned and ripped. 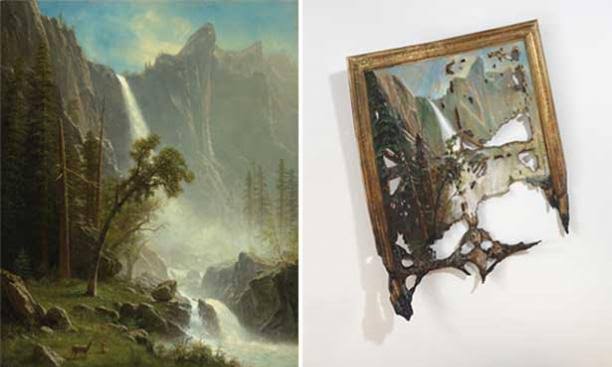 “Prisoners From the Front,” by Winslow Homer, reveals the environmental effects of the Civil War on the land including deforestation and the burning of crops.

Exhibitions and Museums: Bridging the attempts of a concerned resident of Earth and a Scholar
“Hudson Rising” at the New-York Historical Society 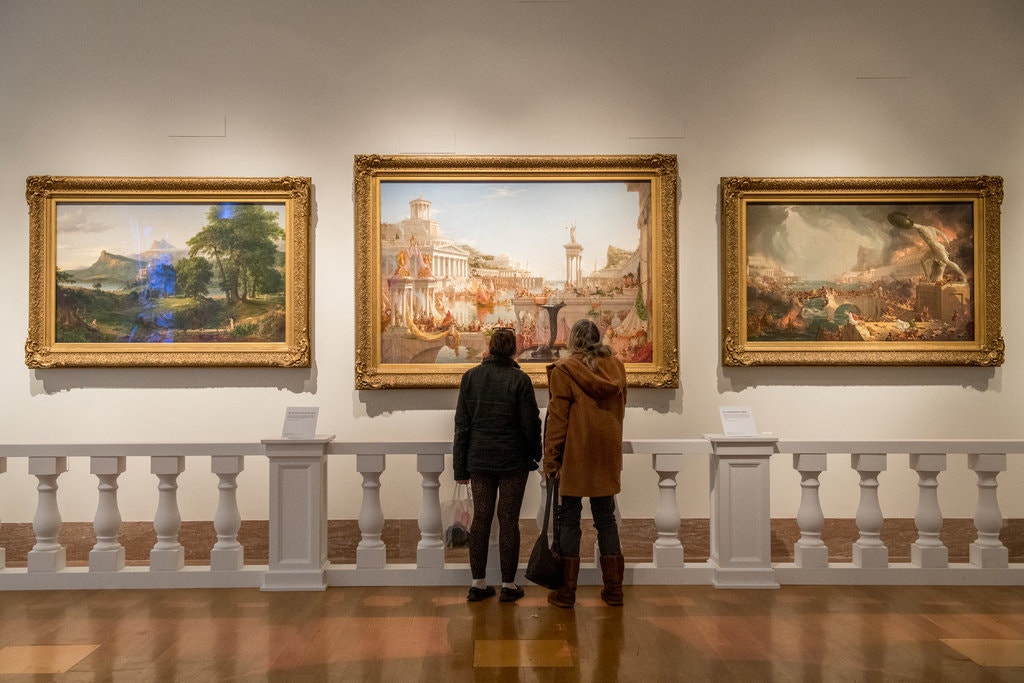 “Nature’s Nation: American Art and Environment,” in Salem
It scales the 300 years of American art through an environmental lens.

“Documenting Change: Our Climate (Past, Present and Future)” by University of Colorado Art Museum.

The Climate Museum in New York City has set up 10 solar powered traffic signs resembling the highway messages in digital mode, but issue warnings such as “Climate Change at Work.”

“Our Bond With Nature” showcased the work of many artists from various regions of the world who drew their concern about climate change and impending ecological crises.

Movies: A lifetime of undying message

Motion pictures like “Into the wild”, “The tree of life” and “Wild(2014)” depicts human want to rest in its Nature’s lap and agree to its supreme character.

Other movies like the infamous “2012″ were quick to depict the disastrous face of Earth if degradation continues. A movie “Noah” picturised the same disaster through the eyes of a Prophet when Earth could not endure the evil humans.

“Planet Earth (2006)” is a BBC TV series.
Every episode helps us to understand the beauty behind mountains, the plains, jungles, forests, caves and fields of ice. Also sand storms, animal migrations, locust plagues etc are captured on camera.

Forces of Nature is another series to fall in love with.

Art is even being used by a few Environment welfare Groups like Extinction Rebellion to spread their cause and raise awareness among people to stand up in support of Nature that always stood by their side in times of distress.

But what fire does an Art invoke?

1. Lighten a spark in public over inaction
Environmental leaders long agree that the lack of strong public will is needed to cross the barrier to achieve Environmental conservation.

2. Reduce inequality and creates community capacity
Enabling discussion between “experts” and community members and subsequent derivation of Solutions together.

3. Give voice to the voiceless
Bring the issues(seem less appealing to leaders but are of more importance to Nature) to the forefront of human dialogue.

4. Artistic imagination can yield more sustainable infrastructure that can provide room for people’s socio-cultural aspirations.
They can even suggest new business models to be in compliance with nature.

5. Common citizenry can even relate with such artistic forms of bleak reality and may get inspired to mend their own disastrous lifestyles.

Even the gross findings can be shared without any dullness to the public.
Entertainment with ethics and morality is the best thing to render.

India and the Environmental Art:

Lodhi Art Festival 2019 has brought onto surface, many current issues including Environmental crisis.

Delhi based Manav Gupta, a philanthropist and Environmentalist use various art forms to shoutout for Nature’s cause.

Under “HelpDelhiBreathe“, Munoz’s has wrapped a simple white muslin cloth around a bamboo frame with 21 fans sucking Delhi’s air through the cloth.

This form of capturing the city’s particulate matter leaves the cloth turning grey and then black over a period of 30 days.

Our Scientific community has long faced challenges to involve the different audiences alongside the desire on the part of humanists and artists to seize the opportunity to save our planet from brewing disaster.

Art as well as Environment appeal to feelings and sensitivity of Humans.
Learning from Nature’s very own resources, one can express ourselves beyond mere words. 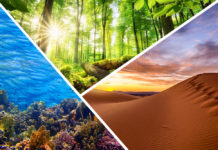 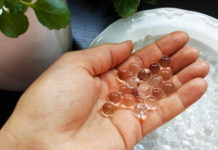 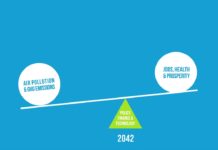