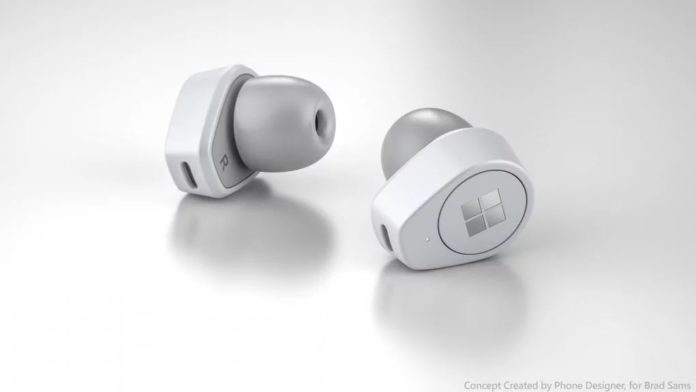 Microsoft is said to be developing its own version of the true wireless earbuds under Surface branding. The earbuds will likely include Cortana integration and noise cancellation, and possibly would debut by the end of this year, according to Thurrott.

The wireless earbuds segment has seen a lot of new players lately, nevertheless, Apple AirPods hold their position as the most popular earbuds in the segment and Microsoft, with the launch of Cortana-powered earbuds, would be looking forward to taking on Apple. So far, only Apple seems to have managed the right balance between size, price, sound, and reliability. Other companies like Bose and Jabra have offered compelling alternatives to the AirPods, however, they could not match the simplicity in terms of usage that is offered by AirPods.

The first Surface-branded audio gear from Microsoft came late last year in the form of the wireless Surface headphones. The headphones came with clever control schemes and good wireless performance, however, the high price tag and low sound quality barred the prevalence of the headphones in the tech market.

Since currently there is a much bigger hype about the wireless earbuds compared to wireless headphones, Microsoft seems to be moving in the right direction. It apparently is not the only major tech company to venture this way, earlier this month, it was reported that Amazon is also working on a pair of wireless earbuds designed to compete with AirPods.

According to a Bloomberg report, the e-commerce website is working on its own true wireless earbuds that will mark the first wearable with Alexa integration. Details are slim on the upcoming Amazon earbuds as of now, however, Bloomberg’s sources report that Amazon’s version will be similar to AirPods in terms of general design and features but will ship with better sound quality than Apple. Both the variant of AirPods have been subjected to sound quality criticism.