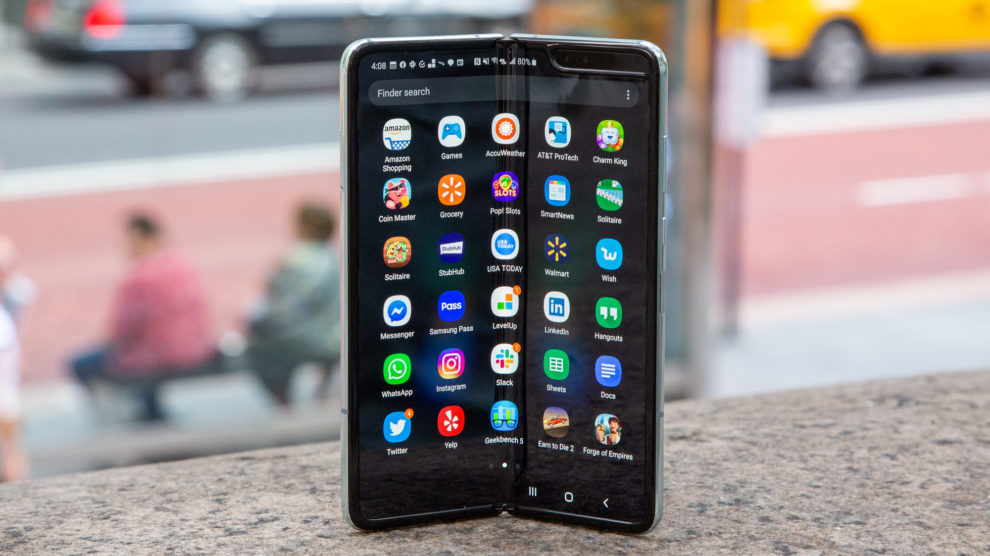 Samsung is reportedly preparing to launch the second-generation Galaxy Fold device in July this year and now a new report claims that the upcoming device will come with a new form of S Pen.

The Fold 2 will be the successor of the company’s first foldable device, the Galaxy Fold and a new report by Korean news outlet AjuNews, claims that the Galaxy Fold 2’s codename is Champ.

Galaxy Fold 2 will reportedly open up to a 7.7-inch display, which is more than an inch bigger than the Galaxy Note10+ and would use an “Infinity-V” display which has a small, triangular notch.

Fold 2 is also expected to feature the same camera setup as the Galaxy S20 Plus- 12MP main, 64MP telephoto, 12MP ultrawide, a 3D ToF sensor and a VGA time-of-flight sensor.

The upcoming device may also support 3x Hybrid Optic Zoom as well as up to 30x Super Resolution Zoom, just like the Galaxy S20+.

Meanwhile, the phone is also rumoured to bring some new hardware such as an under-screen selfie camera.