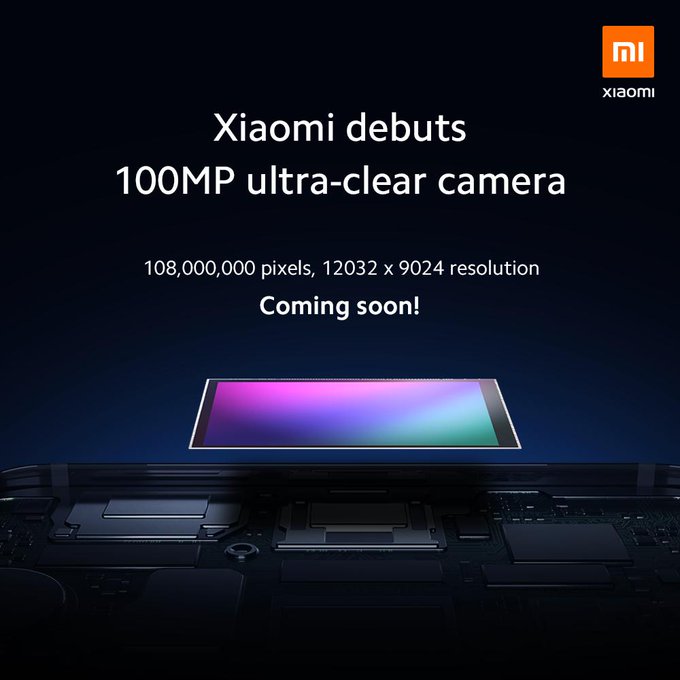 Xiaomi is working on a new flagship smartphone, which will feature a 100MP camera after it launches the 64MP camera phone later this year.

Xiaomi’s future flagship smartphone will sport a 100MP camera, according to the company’s India MD Manu Kumar Jain, who made the announcement on his official Twitter handle. Xiaomi’s Redmi brand is already planning a smartphone featuring the new 64 MP camera.The 100MP camera smartphone will presumably come after this, though neither Jain nor Xiaomi confirmed anything else about the 100MP camera device.

The 64MP camera on Redmi’s future device use Samsung’s ISOCELL Bright GW1 sensor, which has the resolution. Xiaomi has confirmed that this Redmi-branded smartphone with the 64MP camera will launch in India by the fourth quarter of 2019, which means we won’t see it before end of the year.

According to Jain’s tweet, the 100MP camera will offer 12,032 x 9,024-pixel resolution for photos. Xiaomi’s claim is that this will result in ultra-clear photos. Check out Jain’s tweet below. 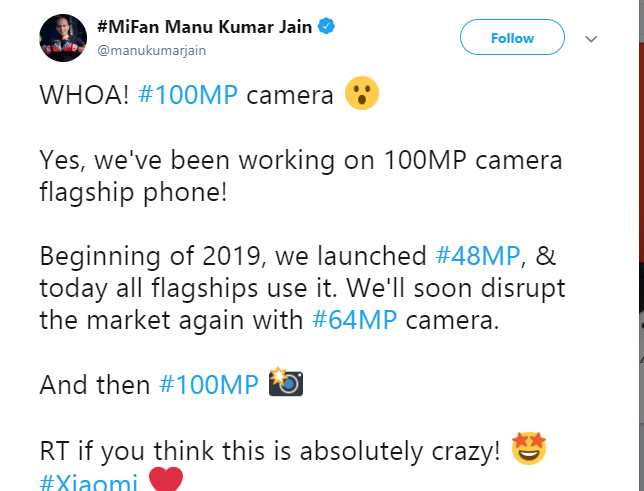