The implementation of Remote Gambling Act has been delayed again in Netherlands. The Dutch Parliament had initially planned to launch the said regulations in January, 2021. But the gambling regulator of Netherlands, Kansspelautoriteit (KSA) had pushed back the dates.

In the recent news, the new date that has been finalized for enforcement of the Remote Gambling Act is March, 2021. The market is set to be open for business from September 1, 2021.

Minister for Legal Protection Sander Dekker, in a letter addressed to the lower house of Dutch Parliament stated that the legislation would come into force two months later than planned, with the market then opening six months later.

Explaining the move, Dekker stated, “This creates more space for all parties involved to prepare for the new law coming into effect”. He stated that the preparations for launch of the Act had been affected due to COVID-19 pandemic.

On an earlier occasion also, he was reported to state that, “I do not rule out the possibility of a slight delay. I see some room for manoeuvre there”.

The Regulations relating to Gambling in the Netherlands have been submitted to European Commission for approval with respect to Competition Act.

The regulations have elements such as responsibility of license holders to frame a policy for prevention of addiction, the setting up of an upper cap on the credit that can be allowed to players on their account etc. Additionally, the regulation puts in place technical standards,  record-holding and reporting requirements for licensees.

Notably, the most remarkable clause that has been inserted in the regulation is the requirement to purge all the customer databases acquired by the licensees during unauthorized access in the pre-regulation period. The Dutch authorities have made this regulation so that all the competitors start afresh and there is healthy competition amongst all.

The Dutch Gambling Regulator, KSA, stated that, “The Minister has decided on this timetable after discussions with all those involved, including the KSA”. 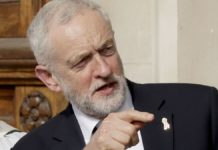 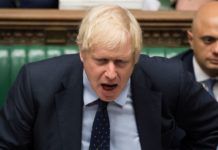