It looks like Nvidia is not taking any chances when it comes to gaming laptops and portable devices. As AMD announced their next generation of Navi GPUs, Nvidia announced that its new line of Super RTX and GTX cards will be available by next year.

The launch is expected in March 2020, and the leaked graphics cards are believed to be the following:

Similar to the desktop versions, we expect increased shader counts and clock speeds for the new SUPER cards for laptops. Especially the RTX 2060S should offer a good speed bump as the current RTX 2060 was not all that convincing in the line-up.

AMD’s RX 5500M may be a strong medium-range option, but it’s just that. As of yet, AMD doesn’t have the  RX 5300M or RX 5700M available on laptops to boost up its performance options. Nvidia’s launch of Super Max-Q GPUs in early 2020 could help it strengthen its dominance in the laptop gaming space, making it harder for AMD to break in even if its Navi mobile GPUs are competitive. 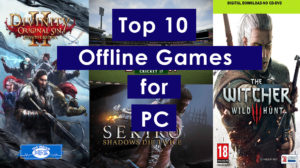