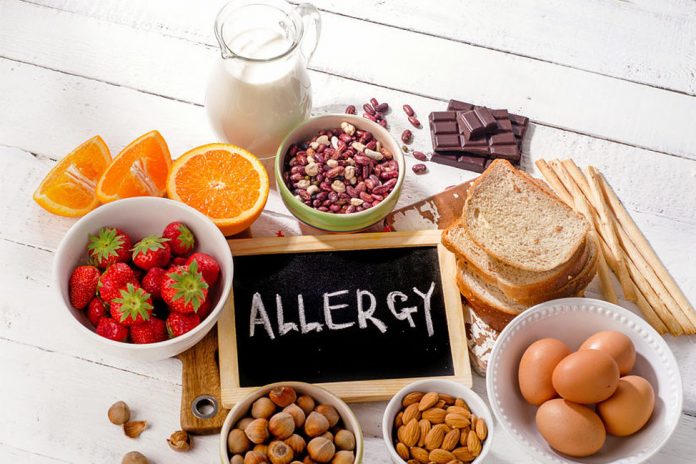 Food allergies are becoming more and more common around the world- with number of cases of food allergies skyrocketing in recent decades. About three to four percent adults and five percent children have a food allergy. Tomatoes (Solanum lycopersicum) and strawberries (Fragaria x ananassa) are the reason behind so many allergies because they have different allergenic proteins.

Especially problematic are the proteins that are similar to the primary allergen in the birch pollen and therefore can lead to a birch pollen-associated food allergy.

Nearly 1.5 percent of Northern Europeans and about 16 percent Italians have allergies caused by tomatoes, and about 30 percent of those who were diagnosed with birch pollen also exhibited allergic reactions to strawberries.

Symptoms of allergic reactions to strawberries and tomatoes include urticaria or dermatitis- both skin conditions-, irritation of the mucous membrane, runny nose and abdominal pain.

Studies done in the past reported that strawberries and tomatoes have a lot of proteins that are the cause behind many allergic reactions. The two recently done studies by the Technical University of Munich were published in the journal PLOS One. Both the studies focused on quantifying an allergenic protein that is present in different varieties of strawberry and tomato.

To make sure that the study was conducted properly- a lot of varieties different in size, shape and color of both the fruits were studied. Factors like whether the fruits were organically or conventionally cultivated were also given consideration. The research team assumed that the concentration of allergenic protein was different in different varieties.

The results showed that the assumption was actually true. A specific variety of strawberry or tomato has a specific concentration of the allergenic protein.

Nearly 23 varieties of tomato of diffrent colors and 20 varieties of strawberry of diffrent shapes and sizes were studied by the research team to get more information on the genetic factor that influenced the allergenic protein. The results confirmed that concentration of the allergen protein depended on the variety chosen.