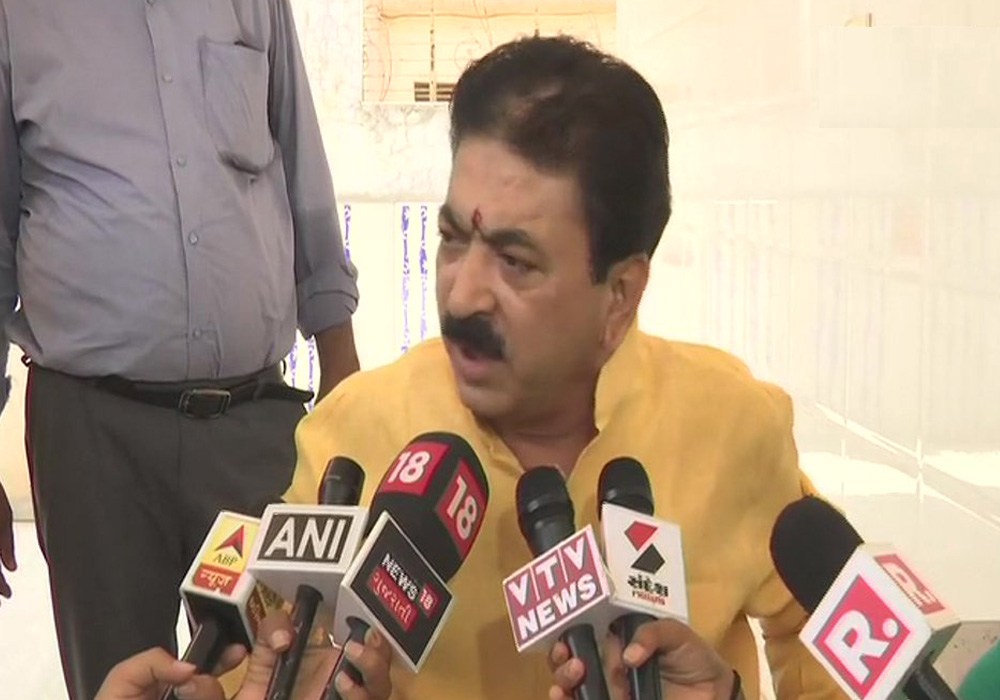 Ahmedabad, June 3 (IANS) The Gujarat BJP on Monday directed its legislator from Ahmedabad Balram Thawani, who was caught on camera roughing up and kicking a woman on a street, to apologize even as he maintained he had not intended to hit anyone.

“(State) BJP President Jitubhai Vaghani immediately called up Thawani on knowing about the incident and directed him to issue a public apology. He has also sought his explanation,” state party spokesperson Bharat Pandya told IANS.

He said: “We condemn this behaviour which is shameful and unbecoming of a people’s representative.”

Nitu Tejwani, a municipal ward in-charge of the Nationalist Congress Party (NCP), had gone to Thawani’s office in Naroda as part of a group protesting over water supply.

A video that went viral of the lawmaker kicking the woman shows Tejwani fallen to the ground after being roughed up by another man.

Witnesses confirmed that Thawani came out of his office when this man was beating her and joined him in kicking her. This only stopped after a passer-by intervened and slapped the MLA.

Talking to reporters, Tejwani, who also filed a police complaint against Thawani and others, claimed that she had gone to meet the MLA to represent about the water supply issue in her area.

She added: “Without reason and without saying anything, he (legislator) came out and started kicking me and beating me up and even slapped me.”

She claimed that her husband, who came to her rescue, was beaten up with sticks. Other women protesting over the issue were also roughed up, she said.

Thawani, meanwhile, admitted that he did kick the woman but insisted that it was in self defence and he did not intend to hit anyone.

“I got carried away in a fit of anger. I have apologized for my mistake. I will say sorry to her,” the BJP MLA said.

The Congress asserted that the ruling party as well as Chief Minister Vijay Rupani should personally apologize.

“The BJP must take strict action against the MLA,” Congress’ Gujarat affairs in-charge Rajeev Satav stated. “It is time women are protected from BJP leaders.”

NCP’s Reshma Patel, who had quit the BJP over six months ago, met Tejwani at the Civil Hospital where she was admitted. Condemning the “MLA’s behaviour”, she said she would stand by Tejwani’s “fight for justice.”

P. L. Punia: Will give preference to Congress booth workers
Ajit Doval gets Cabinet Rank with Five-Year Term in Union Government; to continue as NSA
Comment