India may soon get its first woman chief economic advisor (CEA) with the post having
fallen vacant at the end of Arvind Subramanian’s extended term in August. Government is looking at fresh faces for one of the most important advisory roles in the administration though only about six months remain of the BJP government’s five-year term, said sources.

Among those on radar is Poonam Gupta, lead economist for India at the World Bank, they
said. Prior to that, she was the Reserve Bank of India chair professor at the National
Institute of Public Finance and Policy (NIPFP).Other names said to be under consideration include Sajjid Chinoy, chief India economistat JPMorgan, and Krishnamurthy Subramanian, a professor at the Indian School of Business.

The government feels that even though its tenure is coming to an end, it would like to
appoint a CEA to help with advice in times of global turmoil.

“We are looking at fresh faces and a committee is looking at candidates,” said a person familiar with the deliberations.

The government has constituted a search committee headed by former RBI governor Bimal Jalan to look for Subramanian’s  successor.

The last two chief economic advisors —Raghuram Rajan and Subramanian —had IMF-World Bank experience and an academic background. If Ms Gupta is appointed, it will be a continuation of that trend.
Before this, Ila Patnaik was principal economic advisor to the government from May 2014 to December 2015, part of the period when there was no CEA as Rajan had moved to the RBI as governor and the incoming Modi government had not yet appointed a successor.
She authored the economic survey for FY14.

“RBI board should not be politicised”; says Arvind Subramanian at his book-launch 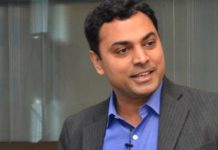 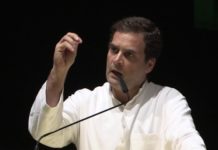 Rahul Gandhi on Demonetization: “Crime against India; guilty will be investigated and punished”