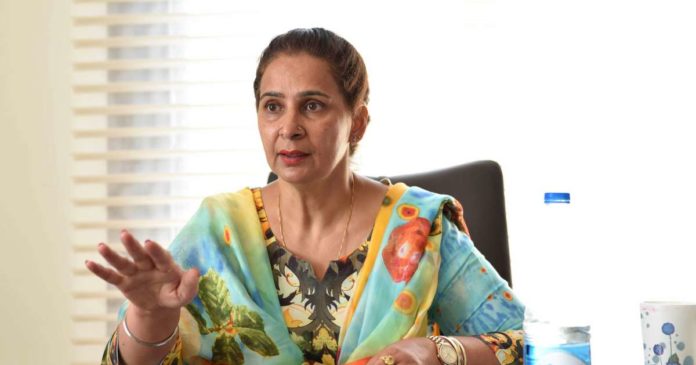 Congress leader Navjot Kaur Sidhu has accused Punjab CM Amarinder Singh of denying her ticket from Amritsar to contest in the general elections.

Coming out at Congress leader and Punjab CM Amarinder Singh, Navjot Singh Sidhu said that the Chief Minister denied her ticket to contest from Amritsar this general elections.

Navjot Kaur Sidhu, wife of congress leader Navjot Singh Sidhu, has also said that she will however support the Congress’ candidates.

“Captain Sahib and Asha Kumari think Madam Sidhu does not deserve an MP ticket. I was denied the ticket from Amritsar on the ground that I could not win,” Navjot Kaur Sidhu told ANI.

“Captain sahib should respect women. You talk of women reservation, then please consider it. When educated leaders like me, who are ready to serve are there, it is decent to tell us that someone is better, don’t deny us tickets by lying,” she said.

Parliamentary elections are to be held in Punjab on May 19.

(With inputs from ANI)