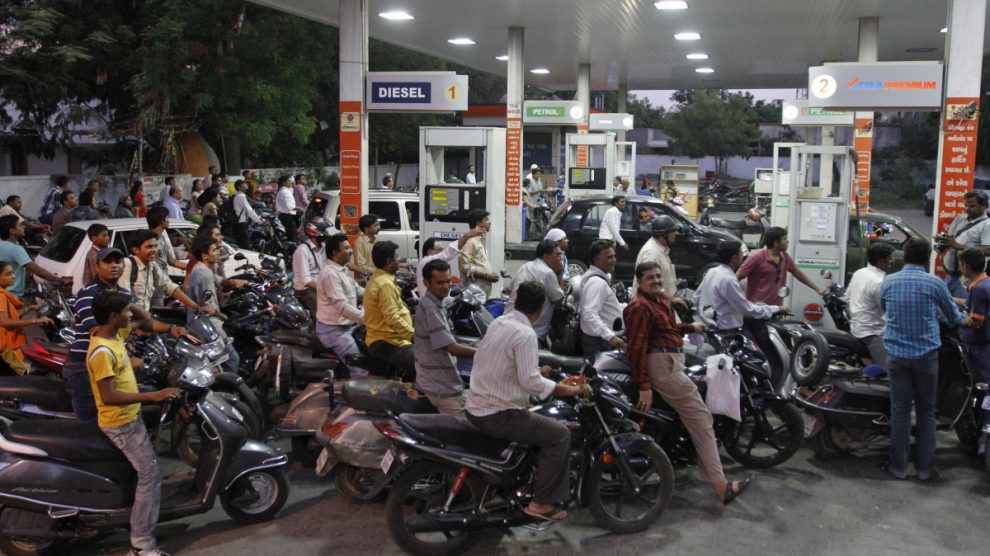 Trying to ease out the situation outside ATMs, the government has decided to partner with the banks to allow customers to withdraw cash at selected petrol pumps. The decision was taken after the government officials met the heads of banks and state owned petroleum companies.

The meeting was attended by the chief of SBI, Arundhati Bhattacharya along with the heads of government owned petroleum companies like Indian Oil, Hindustan Petroleum and Bharat Petroleum.

The move was reportedly suggested by All India Petroleum Dealers Association and it is one of the plans of the government to provide a bit of ease to people in the ongoing cash crunched situation. The individuals can now withdraw upto INR 2000 per day per card from the petrol pumps which use SBI POS (Point of Sale) machines.

Talking on the development, Ajay Bansal, President – All India Petroleum Dealers Association, stated that the move was initially suggested by AIPDA to government on 14th November in order to contribute in easing out the situation. He further stated that petrol pumps could be used by people to withdraw the cash and it could as smooth as an ATM and the customer can get cash with just the swipe of a card. He also added that customers can visit petrol pumps even after their working hours and they will not need to wait in big queues like ATMs are experiencing now a days.

The move has been well appreciated by the general public. The responses of this news were pretty positive on the social sites after announcement. It will still be interesting to see how the customers and petrol pump staff reacts when the situation actually goes live from the morning of 18th November.