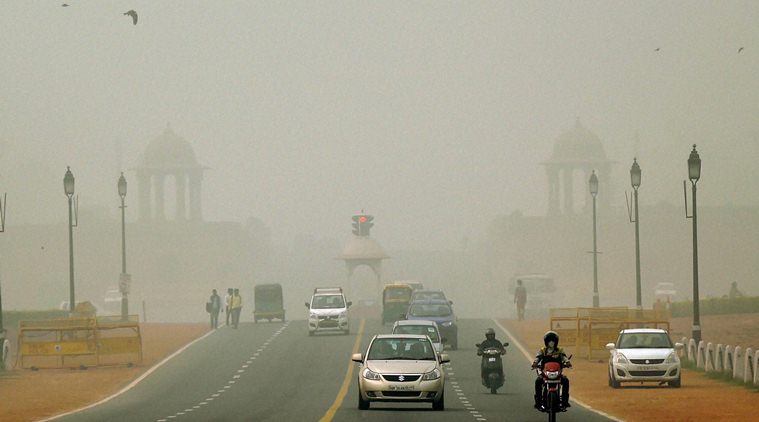 The pollution levels of India has always been on an increase. When we speak of pollution of the nation one city which is automatically associated with it is Delhi. In november 5th of 2017 the  pollution surged so high that some monitoring stations reported an Air Quality Index 999, way above the upper limit of the worst category, almost hazardous.

After a deadly smog episode in winter this year, the city witnessed severe ozone pollution this summer, followed by a spike in PM10 level during pre-monsoon storm season. During the long season of dust storms, AQI had slipped into severe category. On June 16, the PM10 level was recorded at 626 in Delhi-NCR. A cloud of dust hung over the city, with PM2.5 level also deteriorating from “very poor” to “severe” level.

“Conditions are likely to improve further on Saturday, as the winds are weakening. We are expecting some cloudy days ahead even though chances of rain are remote,” said Kuldeep Srivastava, senior scientist, regional weather forecasting centre.

But what’s unique about Delhi’s smog is that the smoke from the burning outside the city is mixing with pollution inside the city — from construction, vehicles, and fires the poor use to cook and keep warm. This mix of rural and urban pollution intensifies in the cooler winter months and this year’s air currents through the region have been unusually slow, allowing the dirty air to linger.