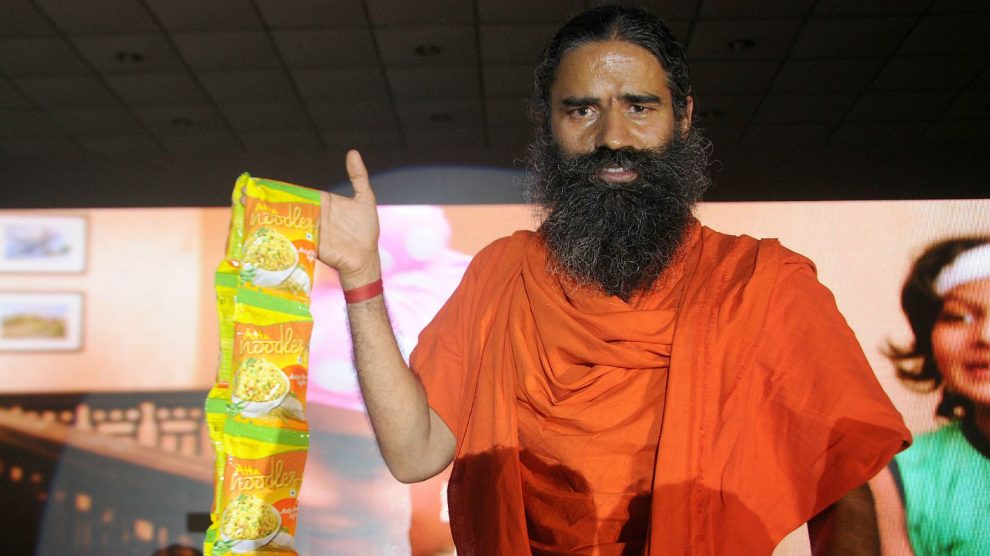 At the India Economic Conclave organized by Times Network, Yoga guru and the co-founder of the Patanjali Ayurveda Ltd, Baba Ramdev claimed, “No one can cast doubt upon  PM Modi‘s intentions, leadership, and policies.”

“Modi is not into Vote-Bank politics”

Ramdev spoke highly of Modi, “He has launched more than 100 huge nation-building projects and he has never engaged in vote-bank politics.”

“I don’t want to invite trouble”

When asked whether Modi has fulfilled his promises, Ramdev stood clear by saying, “I don’t want to invite trouble by replying to such political questions, because you have to pay a price for it.”

Backing Demonetization, he said, “all money is equal now”. “All the black money has come to the banks”, he added.

He also poured suggestions for the banks, “…But the banks should, at the same time, be smart enough to identify and help only the genuine industries, not the Vijay Mallya types.”

The “Good news” in a month

When asked about if Patanjali has plans to get listed in the stock market, Ramdev answered, he would be able to share some “good news” in a month’s time.