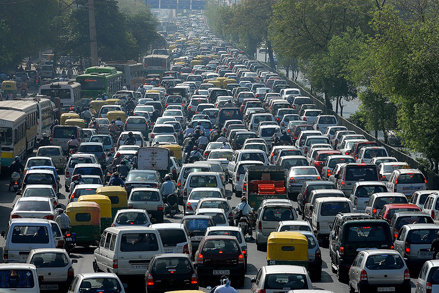 The Supreme Court on 16th September officially declared that two-wheelers and four-wheelers driven by ‘women plying in the national capital’ would be exempted from the ‘odd-even’ vehicle rotation scheme. This scheme was first introduced in the NCR region by the Kejriwal government. The National Green Tribunal had previously made this rule applicable for all the vehicles but the exception to the rule was made by the apex court recently.

The benches of Justices Madan B. Lokur and Dipak Gupta was told by Additional Solicitor General A.N.S Nadkarni, appearing on behalf of the Delhi government that it would be ‘impossible’ to accommodate people in public transport if the odd-even scheme is made applicable for two-wheelers also.

The apex court’s order came after the Delhi government said there were around 68 lakh two-wheelers here and it would be “impossible to accommodate” the people in public transport if the odd-even scheme was made applicable for two-wheelers also. The NGT had previously exerted that :

“There shall be no exemption to any person, officer and individual and the two-wheelers from the ambit and scope of odd and even scheme. They will be applied with equal rigour to all cases and all vehicles.”

The Green Tribunal last December had dismissed the Delhi government’s review plea seeking an exemption for two-wheelers in the odd-even scheme, stating the reason to be that such a relaxation would ‘defeat the purpose of improving Delhi’s ambient air quality’.Citing the statistics by the Central Pollution Control Board, NGT said, “Vehicular pollution contributes 20% of total pollution load in Delhi, out of which 30% is contributed by two-wheelers.”

The NGT had also added another reason that two-wheelers are much larger in number and emit harmful pollutant elements and gases like the carbon monoxide and hydrocarbons in a much high quantity as compared to petrol vehicles.