Neha Juneja : Flaming fire of sustainability for the rural 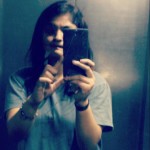 India is striving towards cleaner and sustainable living with a gradual change in domestic fuel consumption pattern. People are now moving away from kerosene to better cooking mediums like LPG and natural gas. A surge of 6% in LPG consumption was recorded in 2019, for 2.18 million tonnes in usage due to Government’s strong advocacy. To promote the use of cleaner fuel instead of firewood in rural areas, for reducing pollution and protecting women from health hazards.Slowly gaining pace is the Government’s dream scheme, Pradhan Mantri Ujjawal Yojana (PMUY)that provides LPG connections to poor households under Direct Benefit Transfer. Several hurdles are being faced in its execution process as many are yet to receive their connections. And the cost incurred becomes an added factor.

The 2019 study confirms only 20-30% have completely shifted from biomass to LPG based cooking. For the rest, firewood continues to be a source for cooking medium that remains economical and easily available. Therefore, there is a requirement for a cleaner and sustainable cooking combustion model for using firewood.

Neha Juneja an ecopreneur, an entrepreneur with a concern for ecology has devised that through her venture,the Greenway Appliances.The idea was to build high impact products which would combine finance, technology and sustainability. Delivering tangible immediateness through high quality design and an effective distribution network for the rural sector market.

Neha Juneja is a DTU graduate in Production & Industrial engineering and an MBA from FMS, Delhi. She along with DTU batchmate had prior attempted several startups before founding a cause driven entrepreneurial approach for their now successful startup’s base.

Neha and her team took a painstaking initiative of going across the country to discover the issues affecting people and was working on various renewable energy projects simultaneously. They realised much could be done to address these issues. This gave an idea that led to their next entrepreneurial venture.

In the initial days, Juneja with her team carried on-the-spot assessment of various rural kitchens to understand the problems faced while using the mud chulha system. Even though a regular part of rural life, the repercussions faced were highly underestimated and remained unsolved.

The pilot variant was launched in Wardha, Maharashtra tanked since women favored ease over efficiency. As opposed to founders choosing latter.While designing to combat inefficient and incomplete combustion. Taller chambers were made that allows better combustion. But the design was considered unfavorable due to its inconvenience.

In 2011, Neha Juneja with the team brought an efficient and modern product to replace the mud chulhas. These biomass cookstoves are the flagship products of Greenway Appliances that provides 65% fuel savings and 70% smoke reduction which inturn leads to 50% less fuel usage.The steel and aluminium contraption has a patented technology which allows air induction mechanism that automatically pumps air (oxygen) into the stove.

This ensures near to complete combustion that leads to multifold efficiency increase, decreasing the release of noxious gases i.e CO, CO2 & particulate matter and conserves fuel. This has resulted in several advantages such as health safeguarding, saving money & time, reducing environment & climatic changes and allowing women with more time & opportunity for progressive activities.

The designs used for the products, especially portable biomass cookstoves are MNRE (Ministry of New and Renewable Energy) approved. This is based on their performance tested as per BIS regulations in MNRE supported test centres. They started with a base capital of 1 Lac from UnLtd India. Later, they got 20 Lacs as a seed capital from an angel investor, while working with their first production partner.

Over a period of time, founders realised the importance of touching base with consumers. Women using the mud cookstoves were well informed of the needs, demands and problems faced. That was essential to develop an ergonomic and feasible product. This has helped cut down the development time. Since their inputs were well accounted for in labs that gave precise product evaluations for designing and prototyping.

“This is also an attempt to differentiate from the present and failed products in the market which had tried to solve the similar problem. This will give our product an edge” ,explained Neha Juneja in TEDxIIMRaipur edition.

Earlier, named as Greenway Grameen Infra Pvt. Ltd. was later changed to Greenway Appliances. Due to an NGO-like naming and lack of an aspirational note to it , conveyed from the feedback received. The change of name eliminated the deterrent posed and improved product positioning along with company’s value in the rural market.

In 2016, the company raised its first fund of $2.5 Million from Acumen Fund of Genpact former Chief Executive Pramod Bhasin & Vikram Gandhi, Founder of Asha Impact Fund. He also leased a manufacturing unit in Vadodara in the past.

Till today, the Greenway Appliances is on the profitable side. Before fundraising, it was running on prize money raised at various competitions. The team has even bought a 3-D printer which supplements their work. They have tie-ups with fabricators and laboratories since they don’t have any facilities for research of their own.

Presently, the Navi Mumbai headquartered company has a self-owned manufacturing unit in Vadodara and an assembling unit in Ludhiana for water purifiers. Neha and her team have worked with various industrial designers & prototyping experts on product improvements, newer product designs and innovations. The most notable collaboration for support is with CIIE (Centre of Innovation, Incubation and Entrepreneurship) of IIM-A. In 2012, she was inducted as an incubatee at CIIE, through which funding and mentorship was received. And Clinton Global Initiative Global Alliance for Cookstoves is another contributing 1 crore to the company.

Juneja and her team planned their first pitch around environmental & health pointers which didn’t find much audience with the rural market. After conducting several successful demos, they realised women folk were having their own set of limitations. Although their flagship products were sparking keen interest in women but major households were male finance centric. Getting them on board was difficult because the majority wanted a great value derived from the product. The cost was seen as a huge hindrance for many. As they thought that a price range of Rs.1800 – Rs.3000 was too much on their monthly expenditure.

Taking an understanding from the responses received, they reconstructed their pitch and campaigns around more rural centric topics. Such as durability, better and smart design, less health hazards, better efficiency, return on investment, releasing TVCs for establishing brand faith,pivoting on mother-in-laws and even demonstrating at weddings.

To provide ease in payment methods Neha Juneja led Greenway Appliances has tie-ups with MFIs in Kerala, Karnataka and Tamil Nadu, public sector banks and microfinance companies like Bank of India. They provided easy EMIs in an allotted time of 3-4 months. Collectively, it was opinioned that the markets of south are more easily viable than north in terms of sales and potential leads.

At the beginning, Juneja with the Greenway Appliances faced a fallout with their first distributor. As many don’t consider the women centric products economically profitable. Hence the Greenway Appliances relies heavily on word-of-mouth marketing for their business development leading to happy customers. That paves way to more demographic sales. Thereby, enabling them to form a vast network in rural, semi-urban & urban areas which helps in getting more distributors for these products. On the other hand, their low social media presence is moving to a higher side.

The company has now established its product reach and presence across pan India, Afghanistan, Nepal & Mexico and are also getting queries from Bangladesh & other neighbouring countries.They also had to tackle the problem of counterfeit products and deep rooted socio-psychological barriers as well.

Neha Juneja with the Greenway Appliances have won several awards and honors, of which some are – Clean Cooking Alliance’s Woman Entrepreneur of the Year 2019, Facebook Start -Up Day Award 2018, Business Today’s Most Powerful Women in 2017, TIME Magazine Awards (India) – Startup Sustainability Pioneer 2017, International Ashden Award 2014, DFID Sankalp Samriddhi Award for Impact on Women, 2012 and Businessworld Young Entrepreneur Award, 2011. They have recently been nominated for the Ashden Award 2019, with Prince Charles as a key guest in the New Delhi Exhibit.The Greenway Appliances is now looking to serve 3.3 million customers by 2020, thereby impacting the lives of nearly 17 million BPL and poverty ridden families.

The company with their founders sees a vast potential market in 100 million rural population. And has earned massive revenue so far. The Greenway Appliances feels that the numbers can run higher than present, with India having 67.8 percent of its population living in rural areas. And a majority still favors burning firewood for fuel in their mud chulhas over solar cooktops. Hence, indicating that the market still got to develop further.

With a latent ecological conscience outlining their products, Juneja and her team are also looking to help India achieve Sustainable Development Goals (SDGs) 1,3,5,7,10,11 and 13. These are based on the issues of poverty, good health & well-being, gender equality, affordable & clean energy, reducing inequalities, sustainable cities & communities and climate related action.

In 2019 , Neha Juneja with the Greenway Appliances are scaling up with innovations in their prototypes, planned for launch. These are stove-cum-inverter and a power run water chiller for rural areas ridden by constant and long electricity problems.

The appliances will utilise solar energy too wherever possible. Looking to better their technology implemented and energy saving solutions,the Greenway Appliances have roped in Hi-Z Technology. This will help them improve upon their existing cook stove models.

Climate experts are predicting firewood burning for the mud chulhas as the second largest contributor to pollution after transport by 2030 worldwide. Since India is as an active country at the international level for climate related change and other issues.

In its bid to reduce carbon footprint, increasing the usage of non-conventional sources of energy and emission intensity of its economy under the Paris Agreement for its Nationally Determined Contributions (NDCs).

The Greenway Appliances are rightly dubbed as  the Prometheus of the Poor will be a step taken forward. Neha with team have provided sustainable and eco-friendly solutions that streamlines for a hassle-free, sustainable, environment friendly, ergonomic, pro-climatic, health and well-being safe and clean living.

An Avante garde with sensibility! Watch my space to read stories on women empowerment, entrepreneurship, technology, innovations and practically anything that stimulates intellect and keeps you updated on life.

Xinjiang: Beijing says Xinjiang is not a human rights issue

One thought on “Neha Juneja : Flaming fire of sustainability for the rural”