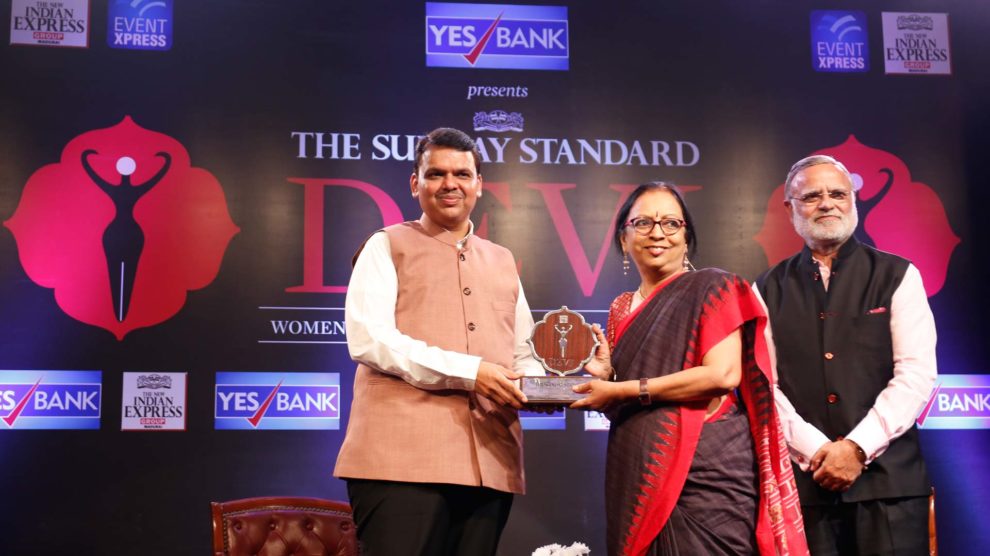 “ There is a need for transition, where women will be seen as job creators and entrepreneurs rather than beneficiaries. “  – Prema Gopalan

True to what has been said, agriculture and rural sector were symbolic of our nation much before the Modern India even existed. But what remains as a sad truth is the socio-economic condition of women,which is at its worst due to stagnation and deprivation.This is a manifestation of stale and backward living & practises that more than often put

men at pedestal. For Prema Gopalan ,women empowerment is more than just giving them a voice, it stands for enablement and help them sustain through thick and thin.

She has brought a radical revolution by addressing it at the grassroots and bringing forces of change at a rudimentary level. As a social activist who chose to work for a greater benefit by reaching out to women and educating them on significant and relevant capabilities, with a greater focus on sustainability. Thereby, developing them into self-sufficient citizens and bringing out their individuality at all levels.

A blessing in disguise

Gopalan, a TISS post graduate was working as a research associate at the SNDT University. And it was during her pre-doctoral study for women in the informal sector, when her interest grew in issues related to poverty and women. Soon, she realized her passion to bring a change was beyond the academic walls and working with them would an apt way.

In 1984, she co- founded SPARC (Society for the Promotion of Area Resource Centers) to work with urban poor on issues related to housing. Her four years with SPARC, made her understand the importance of hands-on experience in working with issues faced by rural areas and collectively by the rural committees. In 1989, Prema Gopalan founded Swayam Shikha Prayog (SSP) an independent work body around this core idea.

But it was only in 1993 when an earthquake struck Latur and Osmanabad region of Maharashtra, that gave her an on-field experience of directly working with women groups and communities in these socially and economically

underdeveloped areas.Though the rehabilitation work got over in 1998, the women in the affected region felt the utmost need to move out of the four walls of domesticity and take charge, as majority had no say or authority over the agricultural land or farming practises.

Swayam Shiksha Prayog (SSP)’s model is based on bringing local women’s produce and entrepreneurial products from Margin to Mainstream. The organization aims to build a micro-macro balance, to achieve sustainability along with putting women at the centre of a community based system which is decentralized and ensuring basic necessities & services management with a market based approach. Also, it works as a bridge between facilitating government policies and building a sense of ownership.

The four ventures benefits with various facilities like providing women & their families with basic healthcare facilities, routine check-ups & facilitating doctor’s aerial appointment, a resilience fund for women-led businesses for micro financing, setting up a rural school of entrepreneurship & leadership for women in entrepreneurial training and as a market aggregator to provide warehousing, branding, marketing and distribution services.

The women are involved from the first step till the completion,where they are no longer a last mile. But working to accommodate and facilitate the entire process related to policies, permissions and loans required from the Government and financial institutions. This is a huge transition ,when earlier their status in families was of a liability due to the lack of any collateral in their possession; which is a necessity to secure loans for entrepreneurial ventures,investments and capital credit.

This strong women centred community ownership has promoted the development of their own community and peer-to-peer based model for making connections for creating channels of economic development and women empowerment. As a result, a federated network of 5000 Self Help Groups (SHGs) has been formed. In 2018, SSP has introduced Unnati Fellowship for Women Changemakers comprising of 25 fellows to be trained, groomed and developed for entrepreneurship.

Prema Gopalan’s organization has been educating them on various practises and imparting trainings related to important areas such as climate- resistant agriculture that allows mixed crop farming, teaching bio-farming,water and soil testing methods,to have higher reliability on organic farming and less use of chemicals,helping choose profitable but environmentally feasible crops such as quinoa. And setting up agri-allied enterprises such as vermi-compost units, goatery and dairy farming, implementing Swachh Bharat Abhiyan, Arogya Sakhi healthcare program etc.

These initiatives and activities has helped secure not just their family’s food security but also made sure that the fodder is available for their animal husbandry in difficult situations such as drought, flooding, etc. and ensuring a clean & sustainable living along with surroundings.

A special mention for Arogya Sakhi healthcare program, which has garnered great reception ever since its inception.In this healthcare program, sakhis are women employed with high school education and an inclination towards healthcare and community service. These trained women (previously landless) are equipped with basic medical equipment like glucometer, blood pressure machines etc. are given tablets to visit door-to-door in rural areas. A nominal fee of Rs 150 is charged from individuals in return for medical services offered such as generating reports, conducting tests, printing charges and delivering reports at the doorstep. After accounting all the charges incurred, sakhis are usually able to earn Rs 50 -70 per beneficiary.

The collaborations and partnerships are made using platforms i.e. federations and enterprises through the Sakhi women’s network to address issues such as food security, agricultural needs and practices, health, sanitation, clean water, clean energy, livelihood and health.

Some notables amongst partnership initiatives by Prema Gopalan led SSP are wPOWER, a scaled up partnership supported by USAID/India & US State Department to launch rural women in the clean energy business for the rural sectors of Bihar and Maharashtra. And with NABARD(National Bank for Agriculture and Rural Development) to support consumer financing to access clean energy products.

SSP has been working relentlessly to create a community change, some of which are – creating employment, facilitating livelihood means and building & creating markets where there are/ were none. People are agents of these micro change in their villages and striving for continuous progression.

Prema Gopalan has strategized and worked towards creating management & accountability systems in rural areas for women. Now, women are taking up roles such as taluka resource persons and trainers. Some are on board with the Government representing their respective committees.The requirement for a middleman is completely eliminated and women are benefiting from the robust marketing and distribution network to distribute solutions and products- solar stoves,solar lamps, solar heater and after sales servicing in the process. And SURE is one such example.

Their main strategy is their go-to strategy which is collaborating that will work to provide a go- getter strategy.These sakhis are women selected from the self help groups by SSP with its marketing partners, SURE. As a social enterprise, both an NGO- profit and non-profit companies exists as a part of the entrepreneurial ecosystem working in symbiosis with one another. Since selling these transformational products can uplift rural households out of extreme poverty which works as a great motivator to these people.

In 2019, Swayam Shiksha Prayog has completed its 30 years of existence. The organization till date, has reached 1,45,000 women across 6 states. Thereby, touching upon 2,000 climate-threatened villages and setting up 97,000 micro- enterprises that are catering to clean energy and basic health services.

“By 2023, SSP has a plan of reaching out to 8 million people from climate affected communities by building the capacities of women in these areas to address the pressing issues”, Gopalan shared in an interview with IndiaCSR.

Her social entrepreneurship milestones and its future

Gopalan has been a key contributor and worked to establish a women-centric progressive business and development model in collaboration with organizations such as UNDP, The World Bank, corporate sector & financial institutions viz. Alstom, SECO, Sandvik, Eureka Forbes, Yes Bank etc. She is an Ashoka Globalizer and a Senior Synergos Fellow. Also, Prema is an advisor in global networks like GROOTS International and Huairou Commission. And has even attended Strategic Nonprofit Management Program at Harvard Business School this year.

In an interview with Hindustan Times NITI Aayog vice chairman, Rajiv Kumar was quoted, “India cannot make a transition to becoming a high middle income economy by exclusively concentrating on profits”. Further he adds, five incubation centres have been set up to help social entrepreneurs create livelihood in rural areas.

As mentioned in PIB, a recent press release from the Vice President of India, Shri Venkaiah Naidu officially said, “There is a need to create an ecosystem for entrepreneurship to thrive and encourage youth of India to create jobs instead of being job seekers”.

Seeing these positive developments,entrepreneurs and innovators like Prema Gopalan, can count upon it as a word of support and morale booster of an affirmation. Especially for her work in Maharashtra, state which has been an epicentre for farmer suicides, this comes as championing the cause. 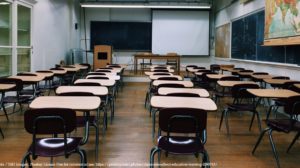 Unequal and lingering effects of “learning loss” from COVID-19; cost paid by the education sector. 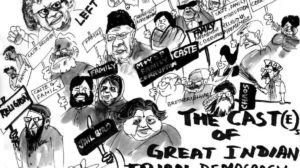 A relay between egalitarianism and casteism for Elections 2022.