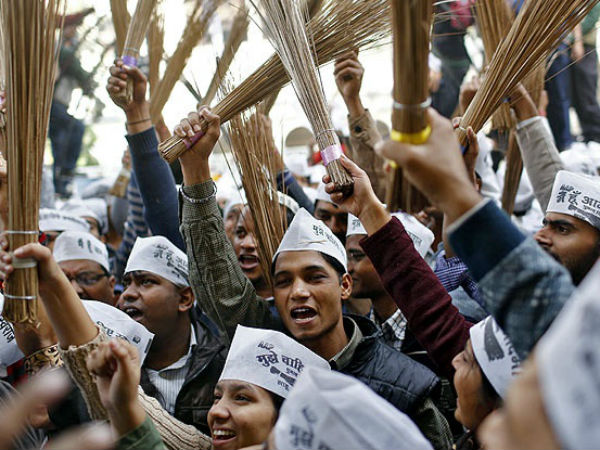 In a bid to win the heart of Delhi-voters, Aam Aadmi Party has come out with its new program. This time, the party is targeting the unheard section of the society, Dalits.

AAP party has announced to launch a “Dalit outreach program”. In the program, senior leaders will undertake visits to Dalit colonies and inform them about the welfare measures taken up by Chief Minister Arvind Kejriwal government for the welfare of Dalits.

The program is expected to see its launch in the coming week. Around 5,500 Dalit Bastis have been targeted for the program. According to a senior member of the party, leaders will inform the people about free entrance coaching scheme for Scheduled Caste students. The leaders will also apprise the general public about the arrangements made during birth anniversaries of Dalit leaders such as B.R. Ambedkar and Valmiki.

The program will also see the discussion of issue of Ravidas Temple demolition. Aam Aadmi Party has supported the Dalit group in the incident and had called for the restoration of the temple. The party leader Arvind Kejriwal even went onto announcing that his party would re-construct the temple if Centre allocates land for the same purpose.

It seems like AAP party does not want to leave any stone unturned for the upcoming Delhi assembly elections of 2020. Previously, the party also launched a month-long “Jan Samwad Yatra” to inform the general public about the welfare measures taken by Delhi government in recent years.

The party can be seen trying to reach out to every section of the Delhi population. Purvanchal region, which forms a considerable portion of Delhi residents also saw AAP party’s inclination towards it. The party had announced to focus on Pruvanchal vote-bank with its Chhath puja celebrations and Miathali language program in schools.

Arvind Kejriwal had also announced to provide 24×7 water supply in the city and add around 14,000 beds in public hospitals in the city by 2023. The Chief Minister had also promised to install around 11,000 Wi-fi hotspots and 2.80 lakh CCTV (Closed Circuit Television) cameras.