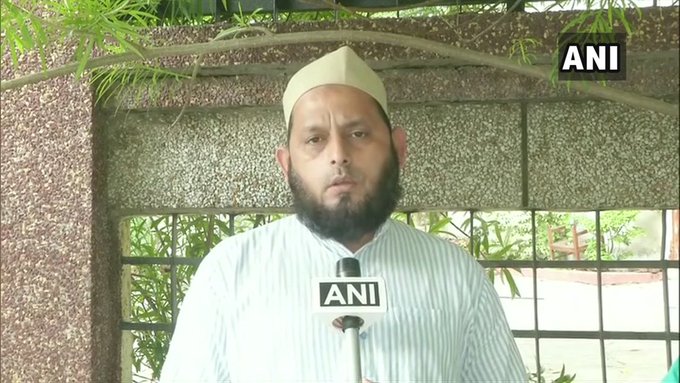 All India Muslim Personal Law Board (AIMPLB) on Wednesday slammed the opposition for the passage of Triple Talaq Bill in the Upper House of the parliament. Raising questions on the absence of some MPs during voting in Rajya Sabha, AIMPLB Member MR Firangi sad what is the use of being an MP, if you don’t remain present during important voting and discussion in the Rajya Sabha.

His statement comes a day after Rajya Sabha passed the Triple Talaq Bill with 99 votes in favor of the bill. The bill was okayed by the House amid the cracks in the opposition. AIMPLB member, speaking to ANI, said, ‘I openly blame the opposition parties for making a passage for the bill especially by walking out of the House, If you don’t vote in this crucial matter, why you are even an MP’.

Maulana KR Firangi Mahali, All India Muslim Personal Law Board (AIMPLB) member, on #TripleTalaqBill 2019 passed in Rajya Sabha:I blame opposition for it,especially those parties which walked out.If during such time too, you'll be absent in Parl, then there’s no use of being an MP pic.twitter.com/nDMDsdBtWJ

The Bill was passed by Rajya Sabha with 99 members voting in favor and 84 voting against the bill in the final division.

The bill was passed amid the uproar from the Opposition demanding to send the bill to select committee. The Bharatiya Janata Party-led NDA government, which does not have a clear majority in the Rajya Sabha, managed to push the bill after parties like AIADMK and JD-U staged a walkout. AIADMK has 11 MPs in Rajya Sabha, while JD-U has 6. Naveen Patnaik‘s Biju Janata Dal (BJD) supported the bill.

Now the bill is just a step away from becoming a law, and it just needs the President’s approval.